Silver River recently asked creative motion graphic and animation studio Bedroom London to create the title sequence for BBC 2’s exciting new series ‘Grow Your Own Drugs’. Bedroom was set up by talented Blueberry Ed Saxby who called upon the animation talents of Blueberry’s Amy Engles and Karl Hammond to assist in realising his vision.

Airing until April ‘Grow Your Own Drugs’ is presented by ethnobotanist James Wong, who we see produce herbal treatments and remedies for a variety of medical conditions. The objective was to create an impactful title sequence that would visually parallel the controversial show title in a 3D manner, while situated in a familiar organic setting.

This highly creative project first involved breaking down high resolution photographs into layers. The layered images were composited into After Effects, and by placing the sections on a depth axis it created a “3D photographic effect”. Cinema 4D was then used to create the 3D text, and 3D camera pans/track movements. All elements were then composited in After Effects, shadows and lighting effects were added. Trapcode Particular was used to generate clouds of floating pollen and swarms of gnats whizzing pass the camera. The result is spectacular!

The project was featured in the Creative Review of industry magazine ‘Broadcast’ w/c 9th March. In addition to the title sequence, a variety of amusing and instructional in show graphics were created. 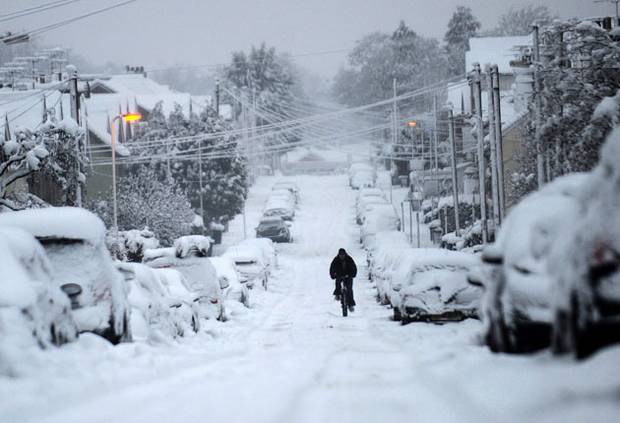 In rapid response to the February’s astonishing snowfall, Pioneer came to us to put together an editing team with the stamina and dexterity to craft and deliver a 60 min documentary for Channel 4 within just a two week turnaround; ‘Snowstorm: Britain’s Big Freeze’.

Shown on February 26th, just a couple of weeks after Britain’s largest snowfall in 18 years, the film mixes archival footage with interviews of scientists and meteorologists to discover what caused Britain’s Big Freeze and to determine whether it was a freak occurrence or part of a decades-long cycle of big storms. Channel 4 also interviewed leading politicians – including London Mayor Boris Johnson – questioning whether the UK could have been better prepared for the snowstorm.