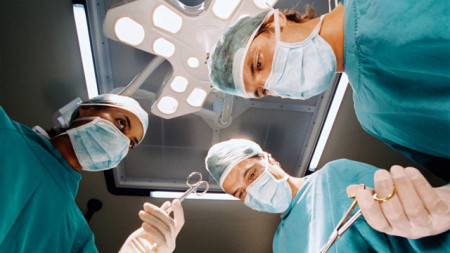 For four consecutive nights starting on 25th May Channel 4 will aired the ground-breaking series ‘The Operation: Surgery Live’ showing leading UK surgeons carrying out life-changing surgeries in front of a live studio audience.

The series demanded flawless editing and story-telling craftsmanship to convey the intricacies of the surgeries, the immediacy of the action, and the background stories of the surgeons and patients. It was clear that Blueberry editor Duncan Thomsen was the perfect choice for the task at hand.

“Duncan is a highly experienced documentary editor with strong technical skills and fast application. He has worked across many forms of programming – both short and long – from factual, to music to promo. Duncan works closely with clients, getting a clear sense of what they need from the edit and we thought he’d bring the perfect balance of sensitivity, charisma and technical skill to this edit.” – Carly Anchal, Blueberry Creatives

The online and offline editing and grading all happened within a busy two week process with permissions and interviews taking place up until the days preceding the surgery and broadcast. Shooting took place during the final stages of the edit, so Duncan worked alongside the programme Directors to prepare the material up until the last minute. Due to the sensitive nature of the programme, it was necessary to prepare a large amount of contingency material to be used in the unlikely event of a complication in the surgery.

It was important, commented Associate Producer with Windfall Films Anna Evans-Freke, to ensure that all contingency material was edited in the same emotional and immediate style as the live feed so that if the need arose to cut to the extra material there would be continuity in content and tone.

Duncan regularly takes projects from start to finish, working independently or with a client. He has worked as an editor for programmes broadcast on BBC, Discovery, Five, National Geographic Channel and was the editor behind Channel 4’s programme The Ascent of Money for Chimerica Media. Of the Operation project, Duncan comments: “It was interesting to work with people like Windfall because they’re at the cutting edge, literally, of this kind of programme.” The graphic nature of the programme, was, he admits, quite difficult at some points “especially when they cut open the patient’s ribcage!”, but Duncan Thomsen has had plenty of experience and interest in editing medical-themed documentary programmes. “Ultimately, I appreciated that this show was about cure.” he says.

While the content for The Operation: Surgery live was revolutionary, the editing was similar to that required of documentary and news programmes demanding a great deal of trust and faith in the skill, discretion and story-telling ability of an editor.