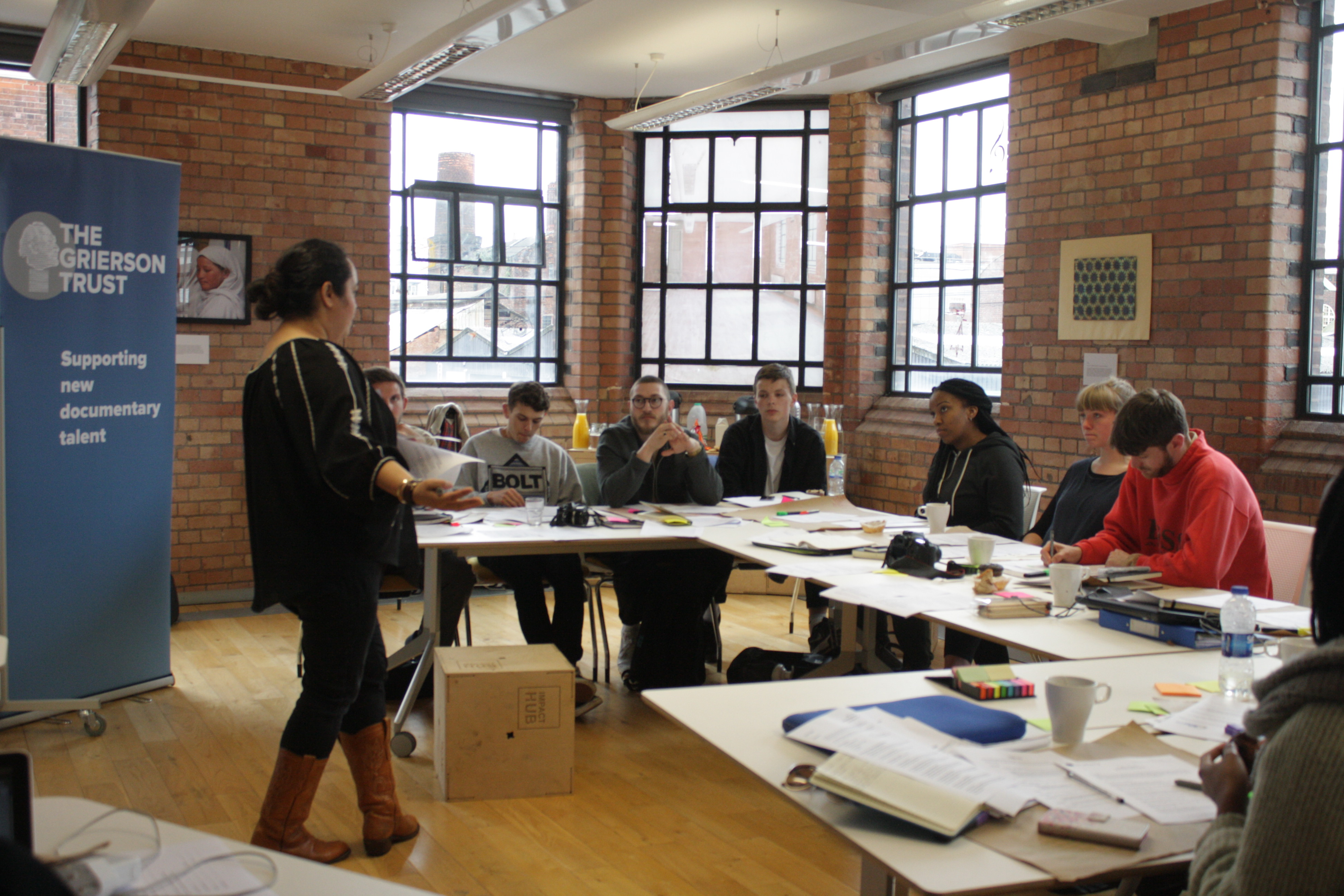 The Grierson Trust’s DocLab 2016 took place May 16th-19th in Birmingham and our Managing Director, Irantzu Lau-Hing-Fan, hosted a workshop on the final day, covering CVs, presentations and all things “find-a-job”.

DocLab prepares new entrants with skills to make them job-ready and help turn their passion for factual storytelling into a reality. With support from the Trust, trainees will access a range of experiences and training to help them get that first foot on the job ladder.

The response to Irantzu’s workshop from the trainees in attendance was enthusiastic and they were left with plenty to think about: from their aspirations and paths to preparations for targeting companies of interest; from creating a cv and cover letter to defining some strategies to securing work.

After reading the trainees’ applications and CVs, and then meeting them in person, Irantzu found a smart group with great ideas, at different stages of education, employment and early careers. Some expressed interest in moving into freelance researching whilst other people were looking for work experience and entry level posts.

Irantzu had a wonderful time and found the experience stimulating: “It’s clear the Grierson DocLab is an excellent and well-run initiative that’s launching a group of promising talent into the industry. They’ll do The Grierson Trust and themselves proud. It’s a privilege to contribute to these transitions in people’s lives and feels like – you can’t get involved, without getting involved.” 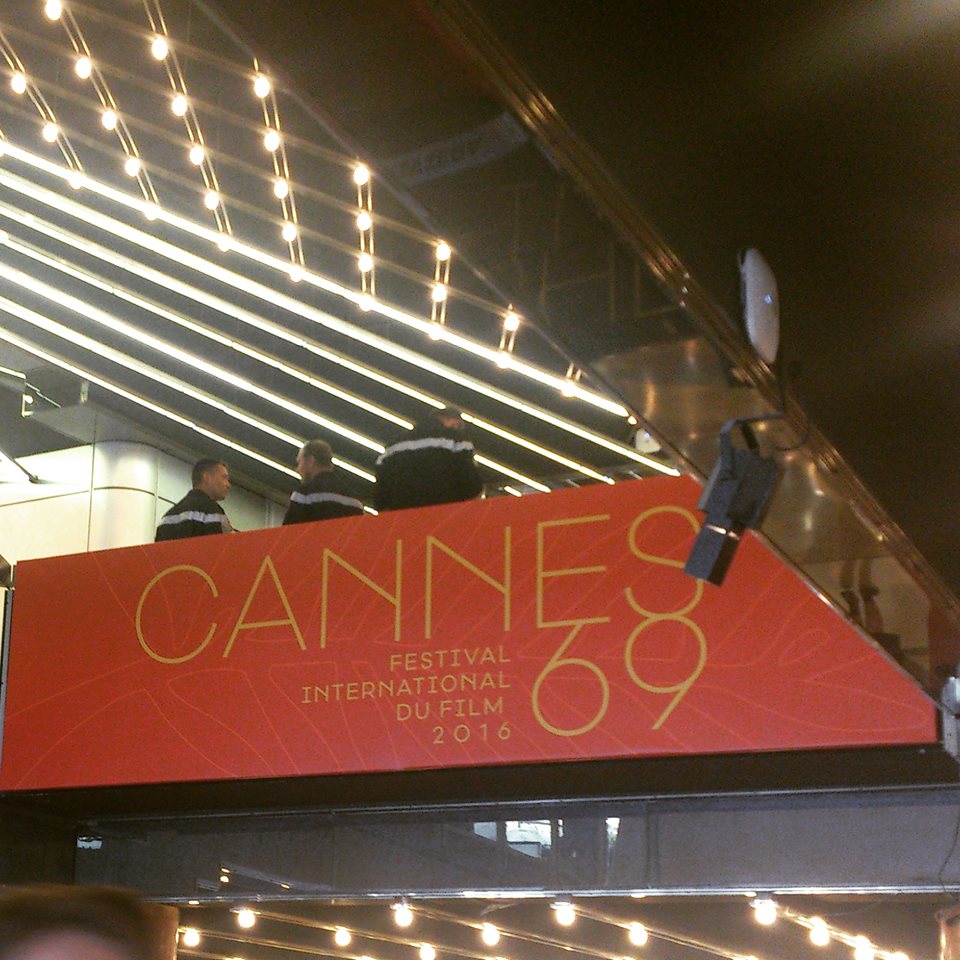 For the first time, Blueberry had a representative at the Cannes Film Festival this year, in the person of Maureen!

On top of enjoying some leisurely strolls under the Croisette’s sun, she watched the stellar cast of Xavier Dolan’s Grand Prix winning It’s Only the End of the World go up the red carpeted steps to the Palais for the film’s premiere gala.

Maureen mostly hung out in Le Marché du Film (the film market) where she met, among others, the Creative Mind Group who support new filmmakers in getting into the film industry as well as having their work platformed at the major international film festivals. A very driven and inspired bunch!

She also enjoyed her native French cuisine while on lunch with French producer/director Jonathan Musset, from Wayna Pitch, who is now also developing his film catalogue as a distributor, acquiring rights to distribute international films in France and Belgium.

The International Village was also a lot of fun with events in the American Pavilion, and meetings in the Argentinian Pavilion, to connect Ucine with potential exchange partners in London.

Check out some of Maureen’s photos from La Croisette Blake is an editor with over 9 years experience in an 11 year post production career. Essex born and East London bred, he lives in Walthamstow and has just entered the freelance world. Starting as an AVID editor, switching through FCP to Premiere Pro, he also has a good working knowledge of After Effects and Photoshop.

Road to Success – Ups and Downs

Learning very quickly that a degree in English and Film studies wasn’t exactly the door opener I thought it would be, a few failed media sales interviews later I started my post production career as the sole runner at a Soho Post facility. This kickstarted a journey that took me through junior to senior editor roles across two more video production agencies, finally becoming Head of Post Production and mentoring the next generation of edit talent.

The biggest down moment was considering to quit early on at runner stage to get into another vocation – the biggest up was two weeks later, getting the editor job offer that started my journey up until now.

My work being involved in winning EVCOM awards, and on an extracurricular level winning MishMash – the EMEA division of Getty Images’ worldwide editing competition – were both highlights, as well as having work featured in the Contemporary Visual Music programme at the International Animation Festival in Stuttgart.

On a more personal level, highlights include the touching emotional reaction from Dennis Wilson’s wife on seeing the video I made commemorating the re-release of ‘Pacific Ocean Blue’, and getting the thumbs up from the Stone Roses for the ‘Making of Fools Gold’ video I cut for them.

BMW Ultimate Driver – Good opportunity to flair with some really well shot car visuals upfront, and the main edit allowed exploring the fun relationship between the contributors, as well as selling the car.

London Met Experience – TVC which led to the University rethinking how it markets itself – a nice piece with a good message and heart.

Newton N. Minnow Experience – EMEA winning entry for Getty Images’ video editing competition, where agency editors from around the world had to make an edit from Getty’s library. Making a cohesive story from stock footage against the clock was a stimulating professional challenge and the prize money paid the rent that month.

Biggest Lessons in life and work
Work hard to find the joy in both. 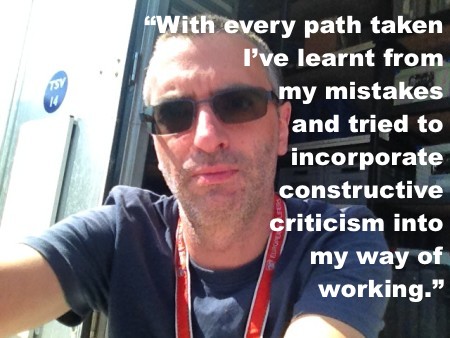 Who is Simon Myers?

I’m an experienced editor who has branched out successfully in sports entertainment and factual areas, after starting out in promotions. Since going freelance in 2006, I’ve worked for a host of major broadcasters and production companies such as the BBC, Sky, ITV, Endemol, IMG and Arrow Media, editing for both studio and location productions.

How did your career develop?

Having started as a runner, my passion and determination to succeed as an editor has brought me to where I am now. There have been of course bumps along the way and things not always going according to plan but the hard work has paid off so far and luckily, the quiet periods with little or no work have been overall manageable. Since going freelance I’ve been blessed with a steady amount of work.

Working on the London 2012 Olympic Games is indeed my greatest moment as an editor since I was part of a strong team that provided international broadcasters with highlights throughout. At the beginning of my career I was nominated for a Broadcast Young Filmmakers Award as Best Editor which sits on my desk at home, being an encouragement when things are not so busy in my work schedule.

I am proud to have worked on the Olympics and I’m happy to have had the opportunity to do it again in Rio as the people I work with are a talented bunch and we have a lot of fun together. Though I’ve worked on live events before, what I did on ‘Battle of Britain: Return of the Spitfires’ was a great project to be involved with, not only due to the subject matter but also for the experience of delivering such a high profile program edited on the day of transmission.

With every path taken I have learnt from my mistakes and tried to incorporate constructive criticism into my way of working. I try not to take things too seriously and have a relaxed manner as life can be stressful at times. I’ve found it a great advantage to enjoy what you do in life and keep the stress levels down. I hope I’ll be able to continue doing so for many years to come. 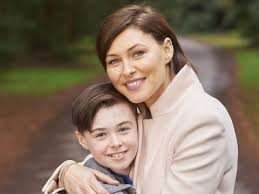 Blueberry editor Simon Abrahams has teamed up with Optomen TV in this brand new series. Which sees Emma Willis follow the inspirational and emotional stories of people whose lives are transformed by the power of modern medicine, people who are all hoping for miracles. In each episode, Emma meets two people having incredible operations in the hope of changing their lives and those of their families forever.  Over two years, Emma charts the progress of these ordinary families going through extraordinary times. 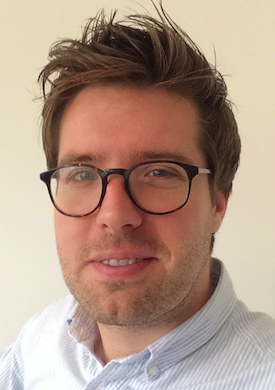 A recent addition to the Blueberry roster, Max is a versatile motion graphic designer who has worked in the industry since 2009. He is a firm believer in concept-led design and this can been seen throughout his portfolio of work. Having gained most of his experience in broadcast, Max has worked with clients including BAFTA, BBC, ITV, Talkback, Disney and Cartoon Network. He works primarily in Cinema 4D and After Effects but can turn his hand to Photoshop and Illustrator when required, and he can also film, direct and edit.

When I was at Mood Media, things were going ok, but after 3 years I felt as though I’d gone quite stagnant, so I took quite a big pay cut in order to move to Light. In my 3 years there I was made design director (and my pay went back up!) and now most of the work on my reel is from there, so I feel like I did the right thing.

The BAFTA Awards stings are what I’m proudest of as they were completely mine from concept to completion. I also pitched them to the client on my own, and they’ve been reused since 2014.

I feel really strongly that the best work is designed from a solid concept. I get frustrated by designers who choose a visual style just ‘because it looks cool’, or worse, ‘because it’s on trend at the moment’.