‘Tis the season to be jolly! Thanks so much to everyone who joined us at this year’s Christmas party at Ceviche Old St on December 7th. We hope you had as much fun as we did! Check out all the photos on our Facebook Page and tag yourself if you attended and can spot yourself!

Thanks so much to our wonderful David Chaudoir for creating the lovely Not The Waitrose Robin to help us wish everyone a fantastic holiday season in adorable fashion! 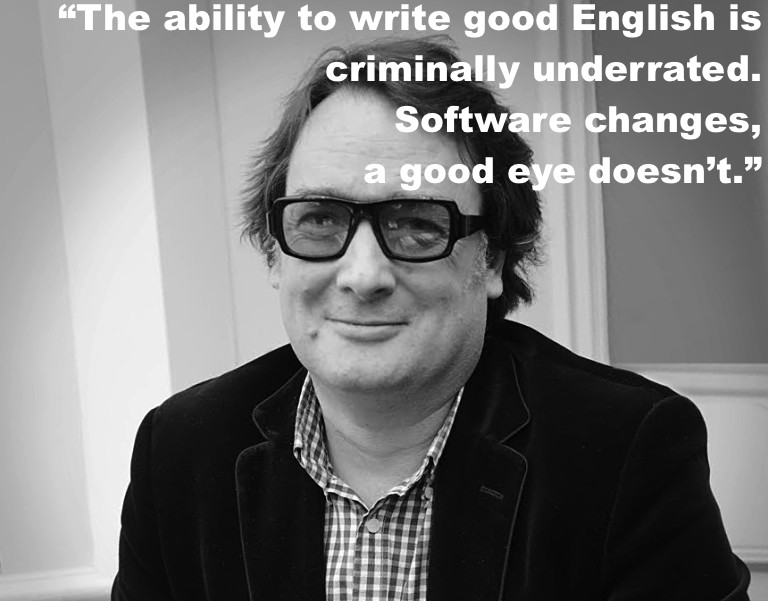 Who is David Chaudoir?

At the age of ten I directed my first film – a two minute epic shot on standard 8mm film stock which was the story of a go carting dare-devil. I spent my formative years avoiding being sent to bed too early to miss the horror double bill on Friday nights on BBC2 hence developing a deep love of the genre.

From graphics for TV production to channel branding, then from advertising to music video directing, TV promos and finally freelancing.

Gaining entry to St Martins School of Art’s Fine Art Film Degree and seeing a dearth of job opportunities at the end, I graduated from the Graphics Audio Visual department and joined production company Diverse as a motion graphics designer. There I worked on various television programmes for Channel 4 and BBC2 including the intelligent film programme, “Moving Pictures”.

Fast forward 10 years and I was designing channel identities in the UK and Europe and then writing and directing music videos for UK artists like Athlete, Starsailor, Ladytron and Graham Coxon. Another ten years followed working for advertising agencies, production companies and television channels.

In 2012 I directed a promotion for FX channel for “The Walking Dead” which went viral and won awards at Kinsale and Promax.

Two short films I recently wrote and directed – “Bad Acid” and “Adonis & Aphrodite” – have had a successful festival run, including being selected for the 2017 edition of BAFTA-accredited LSFF, London Short Film Festival.

The Wire promo for FOX, it’s kinetic text Jim, but not as we know it. 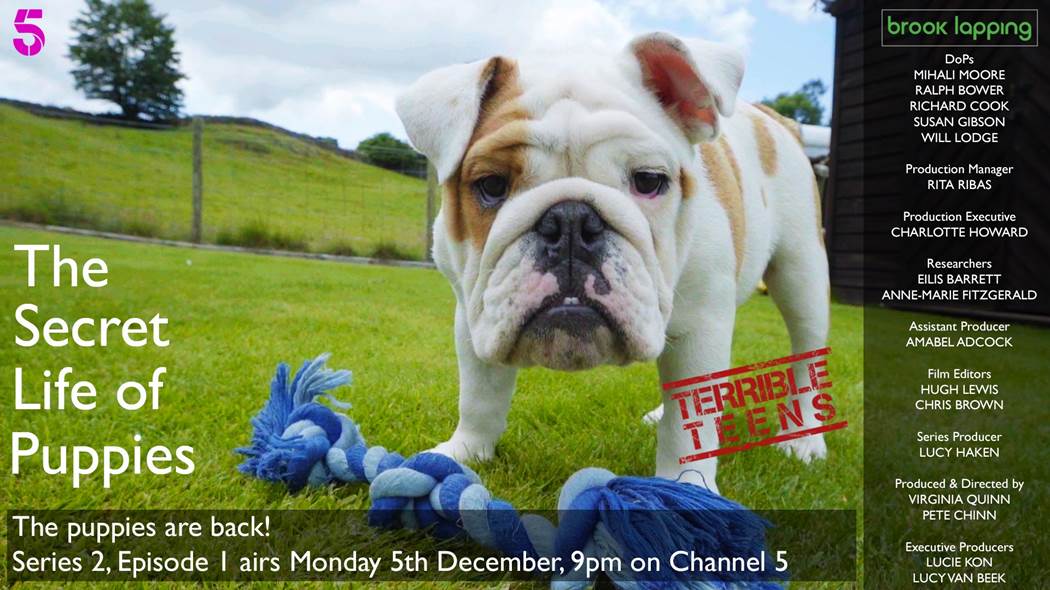 Editor Robbie Pettigrew worked in the editing team for the second episode of The Secret Life Of Puppies Series 2, which aired on Monday night on Channel 5.

The documentary series of a dog’s-eye view of life is produced by Brook Lapping Productions. You can watch the episode here. 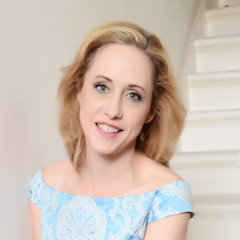 A personal project of Blueberry editor Lisa Forrest, who cut it last year, 160 Characters is a short documentary that was in the official selection at BFI London Film Festival 2015 and it’s now available online. When a vintage Nokia is recharged, a compelling real life story is revealed. Shot entirely on an iPhone 6, 160 Characters uncovers the secrets and stories, buried in our mobiles both old and new. 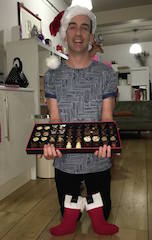 This week we’ve been overwhelmed by festive love from many of our Talent who were extremely thoughtful to shower us with holiday treats. From Jason Bowes‘ Somerset chocolates to Lee Hilse‘s champagne, from Alex Weeks‘ Christmas cookies and Amazon vouchers to Matt Falck‘s delicious chocolates. We feel blessed and proud to work with such talented and lovely artists and we look forward to another year of happy collaborations!

Who is Robbie Pettigrew?

I am a freelance Documentary Film and Video Editor. Originally from London, I now live by the seaside in Brighton which is the prefect antithesis to the edit dungeons of Soho. I love to tell stories – the main reason I do what I do – the integrity of real life stories above all else and having the opportunity to try and educate, amaze and hopefully entertain.

The concept of the cutting room had always fascinated me. During a work experience placement in my teenage years, I got the opportunity to play with some old film stock. From the moment I first spliced some 8mm together and watched my cuts come to life on an old cine viewer, I had a pretty good idea of the industry that I wanted to work in.

However, the film and TV industry is a hard one to break into and I ended up going a pretty roundabout route to get to where I am. I worked for free on work experience placement after “internship”, after whatever other name they could come up with for making tea, before finally landing my first paid job as a ‘technical runner.’ I certainly underestimated the reach of the word ‘technical’ as in my first week I was asked to de-weed the front patio of the office – hopefully I gave it the same care and attention that I do my edit timelines.

As the in-house technician I was responsible for all of our camera equipment as well as the edit suites and I had the opportunity to be camera assistant on about a dozen high-end film shoots, including a once in a life-time trip to the Bornean rainforest, in the company of the one and only David Attenborough, which really was a lifelong dream come true.

The obvious question here is, if I had the opportunity to make films with David Attenborough in the middle of the jungle why the hell did I want to lock myself away in a dark room underneath Soho for the rest of my life? The answer is simple: the cutting room, in my eyes, is and always will be where the true magic happens. Especially in documentary, it is where the story is shaped, the feel of the film is defined and where the tiniest of choices can have a huge emotional impact. It is a mystical dark art, invisible much of the time but it also has the power to smack you in the face.

Once I had made my choice, I tried to get involved in as many of the company’s projects as possible, cutting a scene here, a pre-title there before finally being given the opportunity to do reversion on two of their Natural History shows. This was my first big break and gave me the credits I needed in order to launch my freelance career. It also gave my parents the chance to see my name on TV, hopefully justifying their decision to let me live at home for far longer than anyone probably should. Finally, I could call the edit suite home.

I think my greatest achievement was taking the leap of faith and breaking away as a freelancer. To be your own boss is an incredible feeling but it was also probably one of the single most terrifying things I have ever done. I was full of self doubt and there was a fair amount of watching daytime TV in my pyjamas to start with but once the ball got rolling, I have never looked back and I can’t recommend it enough.

Working on the Channel 4 show “Walking the Himalayas” was a fantastic experience and it is a subject matter very close to my heart, having trekked in the region multiple times with family and friends. It is an important series that reveals the wonders and mysteries of a truly magical undiscovered part of the word. It was also one of my first prime time British terrestrial television programs and was viewed by around 3 million people, and so it was also the first time my friends and family saw my name in the credits on live television which is always a pretty special moment!

It sounds cheesy, but I think believing in yourself is the most important thing in this industry, especially when it may seem that no one else does! Try and be confident without being arrogant and listen to the people around you – there are some truly wonderful, incredibly talented people in this industry and they have taught me everything I know.

Lastly, the bottom line is work your socks off – at the beginning I think this is what got me noticed. I remember working for 27 hours straight to finish a project once, whilst I was still in-house as a technical runner. Three years later a producer told me she decided to give me a shot on a show I was probably under-qualified for because she remembered that. Some may call this exploitation or slave labour but to be honest, sometimes this is what it takes to get ahead in the insane maniacal world of film and television that I have come to love. 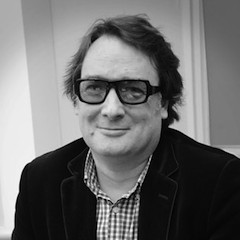 Congrats are in order once again for Creative Director and Motion Graphic Designer David Chaudoir, who has recently written and directed short films Adonis & Aphrodite and Bad Acid.

The latter, having just won Best Short at Glasgow Horror Festival, continues its unstoppable festival run, having been selected to screen at the BAFTA-accredited London Short Film Festival as well as the former. 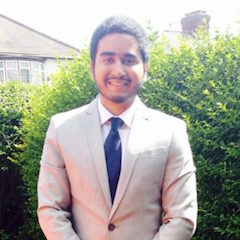 This week, our Spotlight article is about another fresh sign up, Chiraag Parmar, an award-winning, London-born filmmaker with a wealth of experience within broadcast television as Shooting Director and Editor. He is extremely knowledgeable working within post-production facilities, advertising agencies, TV commercials, short form documentary, branded content and green screen setups. 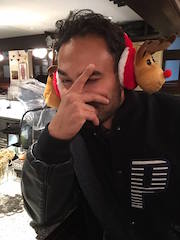 Were you at Blueberry’s Christmas Party last Wednesday? We had a fabulous time and if you had joined us, we hope you did too!

This year we’ve chosen Peruvian Kitchen and Pisco Bar Ceviche Old St because these guys are doing something important and inspirational plus they make great food!

In September we attended the multi sensory Meet My World event at Union Chapel. We fell in love with these special films developed by indigenous children from the Andes of Peru,  as well as the colours, flavours and creative spirit flowing through the stories and experiences they shared. The films are part of a journey supported by charity Amantani and Martin Morales, owner of Ceviche, to help indigenous children in Peru have access to education and equal opportunities.

We hope those of you who were able to join us enjoyed the delicious Peruvian food, drinks, music and good vibes and will help us make a positive contribution to the work these guys are doing! 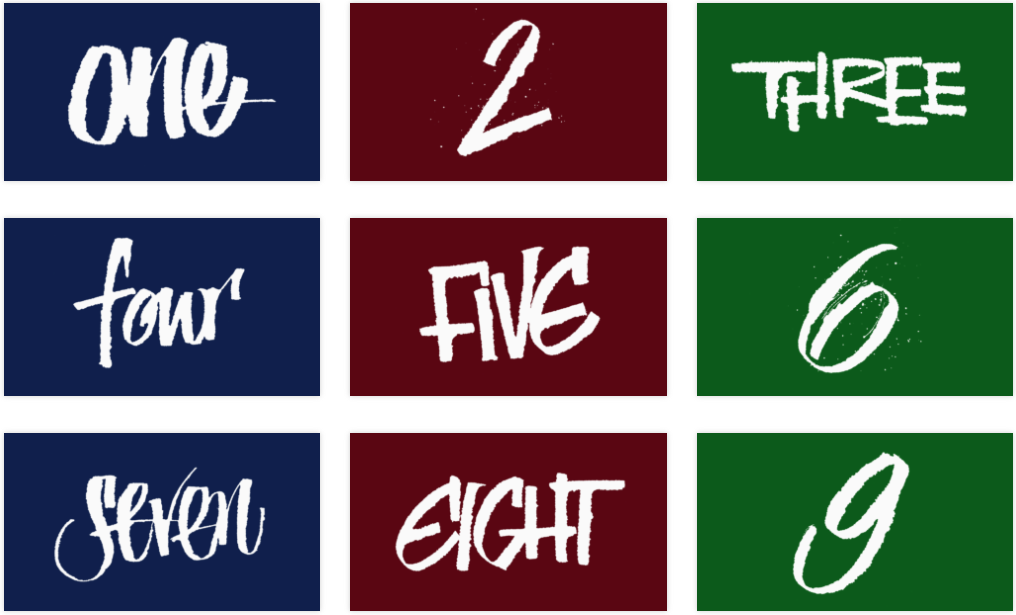 Like our Facebook Page for daily updates as we reveal the films behind each of the magical doors on our Advent Calendar. All the films have been edited, animated, coloured or directed by Blueberry Talent, it’s a pleasure to celebrate the variety and magic in this work. BIG LOVE to Designer Celeste Smith for providing the numbers that bring everything together and to our Bookings Assistant Marta and Francesco in Marketing for their fabulous organisational skills. 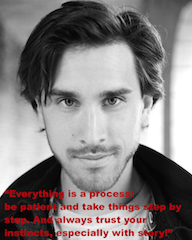 New sign up Phillip Whiteman is the subject of this week’s Spotlight article. After starting his career as an actor, he has transitioned behind the camera, working primarily as an editor but also producing, directing and operating cameras. His work has been screened across the world and he has won multiple awards for short films through Fyrian Films. 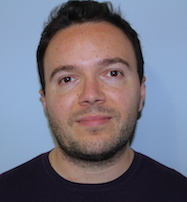 Some changes have happened in the Blueberry team with new members joining the team and others leaving or going on maternity leave. We’ve been so busy to the point that we’re getting around to share the news only now. Read all about it!