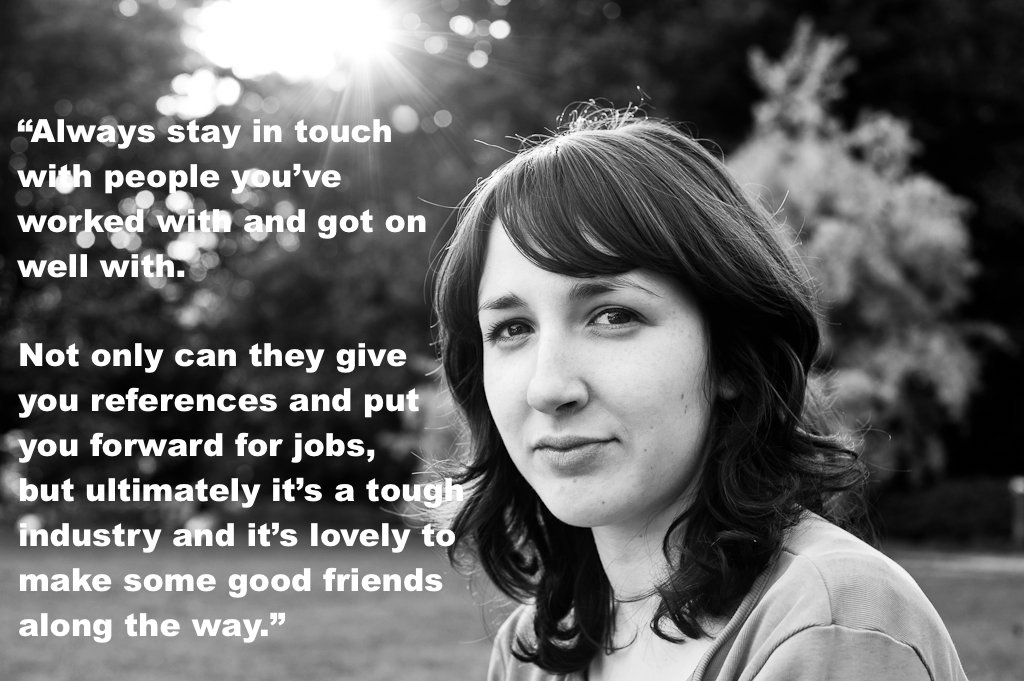 Who is Lisa Forrest?

I’m an editor, born and raised in London. I love telling stories and if I wasn’t an editor, I’d be a writer.

I’m a dual UK/US citizen, and though most of my projects are based in London, I’ve also worked on projects in New York and Miami. Most of my work these days is in Factual TV, and I also teach editing on an undergraduate course.

Slowly but surely. I always knew I was interested in editing, but growing up just before digital video took over, it wasn’t as easy as it is now to get hands-on experience.

After university, I found a runner job where I could learn Avid in the evenings. That gave me the skills to become an assistant editor in commercials and music videos, and then dramas and documentaries.

I really have done a bit of everything and along the way I’ve realised that long-form was my passion, so I eventually moved up to editing. Once I got my foot in the door with a few clients, I was lucky to keep working for them pretty much non-stop.

Whenever I’m asked back by a client. Currently I’m on my third stint at Reef TV, and it’s a great feeling to know they like my work and trust me with their programmes.

It’s also a great achievement when my editing makes people laugh (unless they weren’t supposed to). Once a newspaper reviewed an episode of “Don’t Tell The Bride” which I had cut, and I was very happy when they pointed out the spot-on timing of a particular comedy moment.

A short mixed media documentary about an archive of text messages on an old Nokia phone, titled “160 Characters”.

It was a really challenging edit because we had to create something more than just text on screen. We ended up using an iPhone to shoot all sorts of scenarios to recreate the main character’s past. It was unusual to have that much creative input in the edit.

The film ended up being a Vimeo Staff Pick and screening at the BFI London Film Festival, among others. I love that so many people have seen it now.

Always stay in touch with people you’ve worked with and got on well with. Not only can they give you references and put you forward for jobs, but ultimately it’s a tough industry and it’s lovely to make some good friends along the way.

Life-wise, I’d say when playing “Mario Kart”, the best character is definitely Roy. He’s big and spiky and even when he loses, he has a whale of a time. 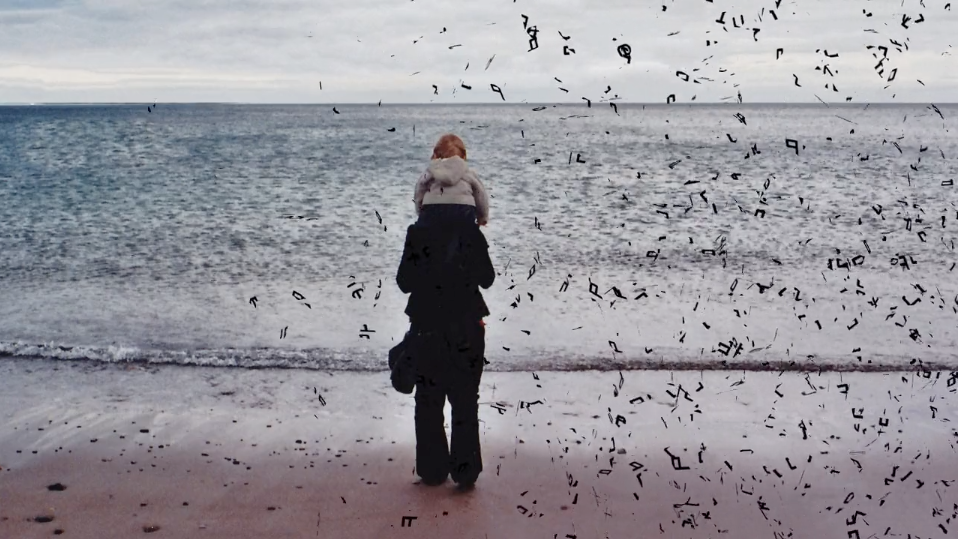 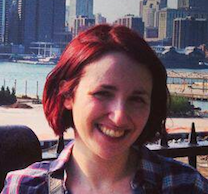 Blueberry Editor Lisa Forrest cut short film 160 Characters directed by Victoria Mapplebeck, which screened last week as part of DocHeads at Hackney Picturehouse. Shot entirely on an iPhone 6, when a vintage Nokia is recharged, a compelling real life story unfolds in just 100 texts. You can now watch it on Vimeo. 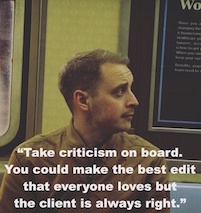 For this week’s Spotlight on Blueberry Talent we interviewed Jonny Lee Mills, an enthusiastic and ambitious editor with a big drive to work regularly on intelligent prime-time television and features.

He most recently has worked as lead editor on the popular EE’s YouTube footballing web-series “The Wembley Cup”. Read all about him here. 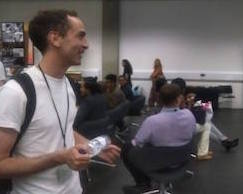 The Degree Show 2017 took place this week at Ravensbourne UK, celebrating the best and brightest Design and Media production professionals of the future!

Liam and Makeda attended on Wednesday to scout for the talent of tomorrow. There was another strong showing from the graduates of the Motion Design and Digital Advertising Design programmes this year. Read more on our Facebook. 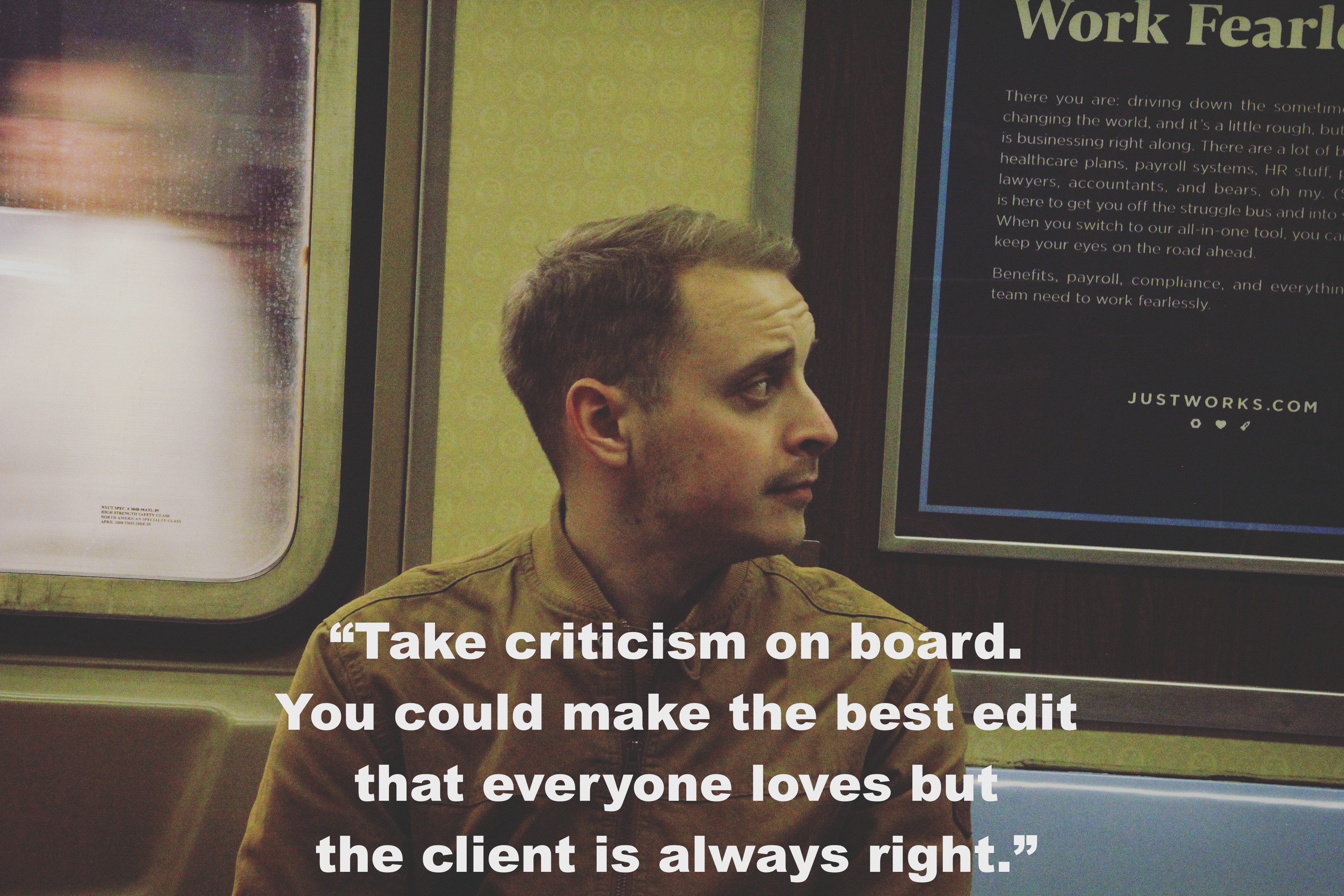 Who is Jonny Mills?

I’m an enthusiastic and ambitious editor with a big drive to work regularly on intelligent prime-time television and features.

As a kid I used to edit sport montages and put them on YouTube. Over the years I’ve developed more of a passion for editing, whilst studying at Cambridge School of Art.

I was lucky enough to start editing professionally in London, where I’ve learned the trade of working on all different type of edits and collaborating with directors and clients to confidently produce quality work to tight deadlines.

I’m extremely proud to regularly work on short films and I’ve edited a vast amount in varied genres such as science fiction, comedy, horror and drama. I wouldn’t have been able to do this if it wasn’t for the contacts I’ve made at the places where I’ve worked around London.

I was very grateful to work as lead editor on EE’s YouTube footballing web-series The Wembley Cup.

The show had YouTubers doing challenges against each other in every episode to win football legends to be in their team and compete at Wembley Stadium. It was a really fun project to work on and a very rewarding one as it gained over 50 million views.

I also had the chance to online-edit an independent feature film called Hinterland. It did incredibly well in festivals around the world, with Raindance calling it “a masterpiece” and The Independent writing that it was bound to “take the independent film world by storm“.

Take criticism on board. You could make the best edit that everyone loves but the client is always right. 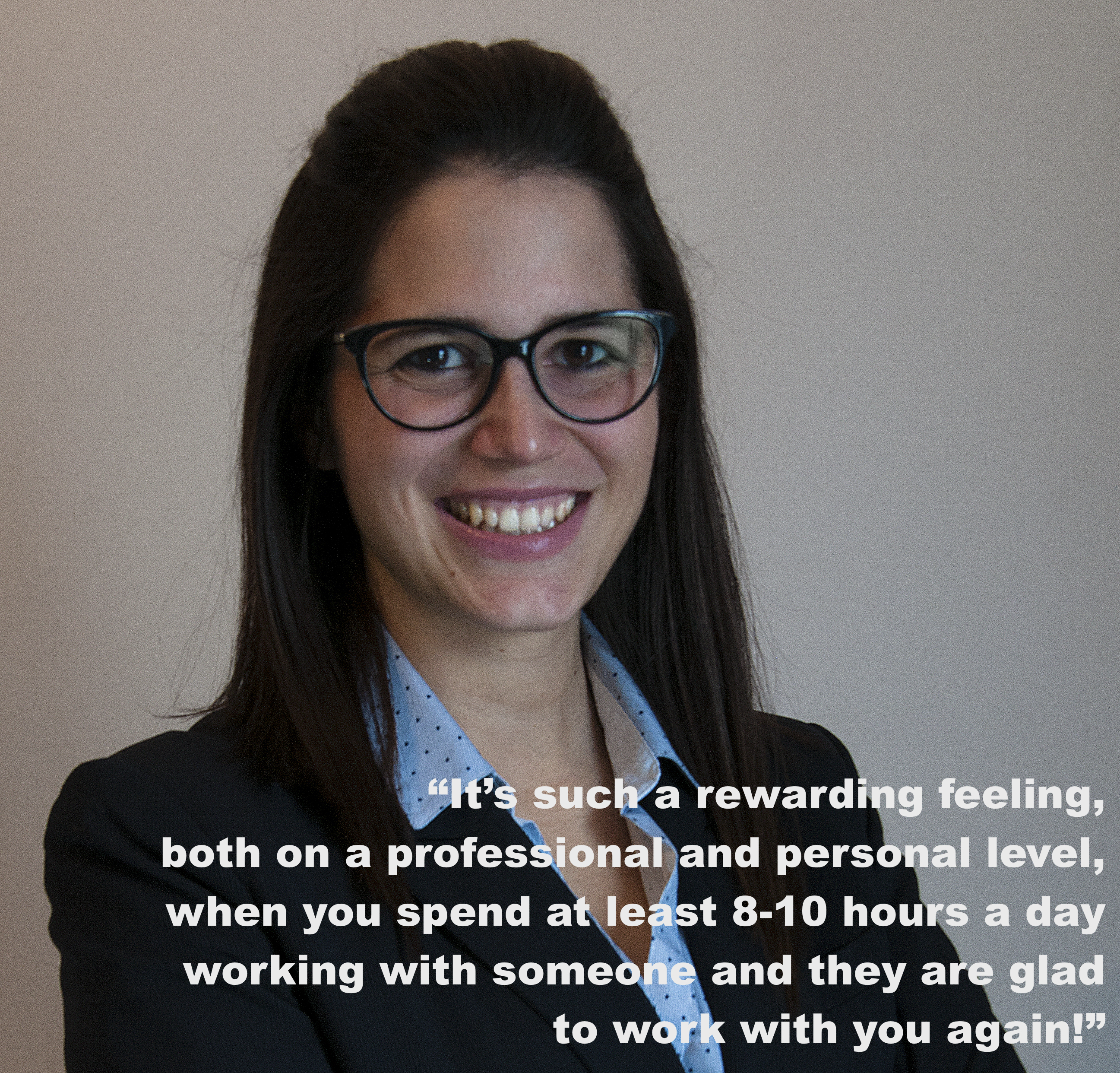 Who is Beatriz Elía Marcos?

My mother says I’m a “cabra loca” (a little bit crazy) but the truth is I just have a lot of energy, I tend to smile a lot and I’m quite creative (this might be the part my mother mistakes with crazyness).

Professionally, I have over 10 years experience working in audiovisual, mostly in post-production. I have done all kinds of video content: documentaries, advertising, news, corporate, educational.

I studied and started my career in Madrid, from doing some shorts with friends (with no money but a ton of eagerness) to working for some of the most important Spanish audiovisual companies.

I then moved to France where a new challenge began: learning the language and not gaining 100 pounds with all those delicious croissants. Seven years and many videos edited later, I decided to cross the English Channel and start a new adventure in London.

I’m quite proud of being able to move and start over again, making new friends, meeting new colleagues, overcoming new challenges. I have learnt so much from each company I’ve worked for.

And I’m more than happy when people want to work with me again, not just for professional reasons but also on a personal level. It’s such a rewarding feeling when you spend at least 8-10 hours a day working with someone and they are glad to work with you again!

A feature documentary about the French handball team during the World Championship in 2015.

It was great to be immersed in the competition, working along with a producer for the whole time, managing short deadlines, dealing with unforeseen circumstances and hoping for a happy ending for the project. It was very stressful and it entailed a lot of hard work but it was a great experience.

Don’t take simple things too seriously. Love your job so it makes you jump out of bed in the morning, look for inspiration, be kind and enjoy your life. 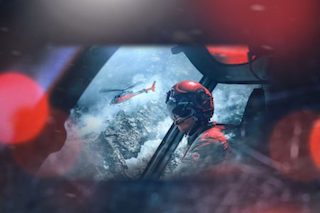 A look at those who risk everything to save and treat the sick and injured in one of the most treacherous terrains in the world. | MORE

This landmark series explores how the United States was forged by men and women from distant shores. | MORE

The pound-for-pound battles between some of the biggest, baddest and often surprising fighters in the animal kingdom. | MORE

Nine men set out to recreate the 4000-mile trip of Captain Bligh in a tiny wooden boat after the mutiny on the Bounty. | MORE

A look into the historical Jesus, with the latest scientific techniques and archaeological research. | MORE

With the recent news that the Duke of Edinburgh is stepping down from public duties, Alan Titchmarsh looks back on the life of the longest-serving consort in British history. | MORE

This documentary focuses on the lives of gang members of different races, backgrounds and diversity – the one commonality is that people seen in the programme are connected with gang life in one form or another in the UK. | MORE

Part business entertainment series, which gives 12 entrepreneurs a head-start through the expertise and guidance provided by some of the best business and retail brains in the UK. | MORE

Across six, 60 minute episodes, host Alan Titchmarsh will find out about our conservation work and, with the help of some of our specialists, discover the stories hidden behind the buildings and gardens in the new series. | MORE