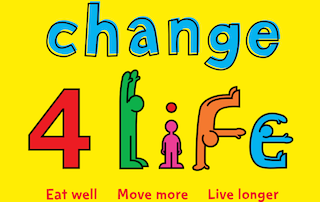 Actress Kym Marsh from Coronation Street describes her journey to giving up cigarettes and why she is supporting Stoptober. | More

To celebrate this year’s Pride Week, VICELAND TV has made a series of promos focusing on different individuals offering a glimpse into their personal stories and how they express themselves exactly the way they are. | More

A series of promos for ASOS’ new campaign to launch their activewear/sports clothes. | More

A series of 5 promos as part of KFC ‘myth busters’ campaign. KFC are making a big drive to blow some of the myths surrounding the brand out of the water once and for all. | More

Travelling is a huge part of Karl Watson‘s life. Over the last few years the Blueberry Editor has grown a YouTube channel of TV-style documentaries from his backpacking adventures around the world. He took us behind the scenes of his latest one, shot during his New Zealand Road Trip.

“This is the latest 2-part series for my YouTube channel of travel documentaries. At the start of 2017 I returned to New Zealand for the third time to do a 7-week road trip around both islands. My main drive for making this documentary was that, whilst I’d made a video in New Zealand before as part of a round-the-world trip, my filmmaking skills had come on so much further since then and I really wanted to do justice to this country I love so much.

I had just bought a drone (DJI Phantom 4, Mavic Pro wasn’t available yet), however there was a mess up with the shipment and it only arrived a couple of days before I flew out. So, one of the technical challenges of filming was that the first time I ever used the drone was actually on the trip, hence I was learning as I went.

During the editing process I was keen not to overuse the drone footage, a mistake I think a lot of travel promos make these days. Sure the footage looks fantastic but the audience can quickly become immune to it. I always want the audience to feel like they’re on the trip with me, and I experience the trip on the ground, not flying 100 feet up in the air!

In terms of storytelling, the first episode was super easy to edit. I was travelling around the North Island with my Kiwi friend Matt, who’s half Maori. He wanted to take me off the beaten track, away from the tourists, and show me his heritage and how New Zealanders enjoy their own country. After that I took him on the classic backpacking trail, making him a tourist in his own country and he got to experience all of the things that were right on his doorstep but he’d never done.

The second episode was a lot more challenging. I was driving around the South Island by myself. Whilst I’ve made films of solo backpacking trips before, I’ve been immersed in the culture of India or surrounded by the wildlife of southern Africa. Here, for about half of this episode, I was literally on my own in the mountains. How on earth do you make that engaging for the audience? The solution was to turn it into a very personal story.

New Zealand was where I did my first proper backpacking trip 11 years ago, which ignited my passion for travelling. That happened just before I did my post-graduate course in video editing, which set off my career path. So I made the whole episode about coming full circle. I even had to switch the order I showed the last couple of places I visited, to give the film a proper climax. It took a lot of work to get that second episode right but in the end I was super pleased with the results.

The feedback on YouTube has been fantastic, viewing figures normally grow exponentially but the 2 episodes together have already received over 50,000 views, so it’s off to a good start.” 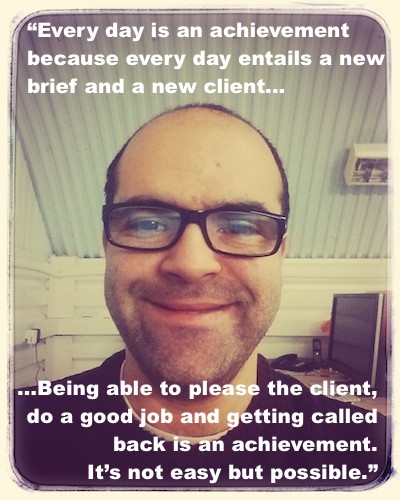 I am a driven, self-taught artist with a good sense of humour and always with a smile on my face.

I started working in editing when I was 18-year old back in Portugal, doing music videos, TV pieces, motion design content, 3D and more. Then, a few years ago, a friend (I will be always grateful to) told me that the company he was working for needed another good motion designer, and he recommended me. I went in for an interview, got the job and stayed at that company for 2 years. I then went freelance and never stopped. That was 3 years ago.

I’d like to think I’m proud of every project as you don’t know what’s waiting for you on a daily basis and what has worked today, won’t necessarily work tomorrow.

If I have to single out a specific project, I’d say the Adidas advert that I did for MPC because I’ve always wanted to work at MPC and the project was an Adidas advert. Seeing my work everywhere was an amazing experience and I’ve learned so much.

Another highlight was the motion design work I did for the rebranding of the National Rail because normally you work as part of a team with a pipeline, yet on that occasion it was just me and I needed to design and redesign the assets to do the animation.

Stay humble, network, remember the path that took you where you are, enjoy the ride and make the most out of it! 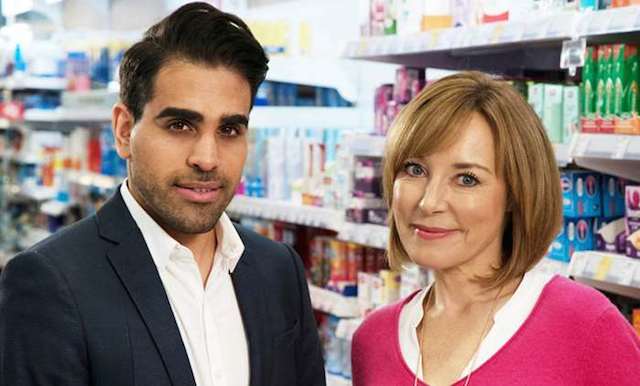 The show with advice on how best to spend money on health and wellbeing. What are the fads and what really works? | More

In this uplifting and emotion-tugging series people who cope with challenging and often-misunderstood ailments participate in the dating world. | More

In the wake of Hurricane Irma and Harvey’s devastation, this special explores the science behind these natural disasters, featuring interviews with meteorologists, scientists and engineers, taking an in-depth look at why these storms continue to get bigger. | More

How to get the best quality food and service at restaurants and the techniques they use to get us to spend more money. | More

The series follows railway workers on the Great Western Mainline as they deal with the biggest modernisation and the day-to-day challenges of running one of Britain’s busiest stations. | More

In this part-animated film children talk candidly about the abuse they have experienced and describe how they felt let down when they tried to report it. | More