Editors’ Retreat in Transylvania anybody?

It’s was always going to be a bit of a gamble, straddling Europe in the age of Brexit, but we were determined to make a go of living in Romania and working in England. We’d bought my wife’s grandmother’s old farmhouse in Bãla, a tiny village in Transylvania, fallen in love with the rustic idyll, and started sending our children to an international school in Cluj-Napoca. The plan was for me to continue my regular editing stints and, in between contracts, gradually develop the farmhouse as a retreat.

All was working fine from early last year. I was even able to nip back to Transylvania occasional weekends to see the family, then get the return flight to Gatwick first thing Monday morning to be at my desk and crack on with the edit by 9.30. After months of planning, we had our inaugural retreat booked for the first week of April and I was pencilled to cut an episode of the next series of ‘Inside the Tower of London’ for Lion two weeks later when the pandemic kicked in.

Martial law was declared in Romania and it was a no-brainer to decide where to be during the lockdown. So here we are at ‘La Poiata’, isolated in a village that’s cut off at the best of times, with three acres of land where the children can run wild, and we’re up to our ears making finishing touches to the converted barn, tending the polytunnel, seedbed, cornfield and orchard, and rearing livestock – 30-odd chickens, a brood of rabbits and an adopted lamb.

Wifi is plentiful in these parts so remote working is possible – but I’m still waiting (nudge, nudge, long-form dept!) In the meantime, I’ve been putting my laptop Avid through its paces editing a little promo for the website and making a short ‘war movie’ with my 10-year-old daughter Polly for a school project (online learning obvs) using my Canon 60D and a drone, featuring Polly escaping from the occupying Russians by hiding with her lamb behind a secret door in our library (link on Facebook imminent).

The reason I’m going into so much detail is that once all this pandemic business blows over and the world starts turning again, we’ll be back to holding retreats, and an idea I’ve been chatting to Irantzu about is that of organising career-specific retreats so people from similar walks of life can come together to share the wonder that is Bãla. And that’s where you come in.

Every time Blueberry has a party, I’ve noticed the intense camaraderie there is between editors. It’s a pretty insular job being an editor, usually, you’re stuck in a room with a computer and an edit producer with their head in a script. But the ideas we absorb in the programmes we edit make for a wealth of knowledge that generates some fascinating tales.

So here’s something to look forward to – check out our website lapoiataretreat.com and let me know if you would be interested in spending a few days, a long weekend or week-to-10 days as part of an ‘Editors Retreat’ with us here in Bāla, where on one hand time stands still, but on the other, you’ll see a thriving community of farmers who know exactly what the season is.

It’s a fantastic place to chill, write, do yoga (we have local teachers to hand), walk, photograph, film, eat fresh homegrown food, and above all share ideas, stories and experiences in the unique language of editors. We can sleep up to 12, more if people camp. Partners and children are welcome.

I won’t say any more – it’s all on the website. Suffice to say the wintry photos will slowly be replaced by more seasonal reflections as the fields spring to life and the trees filled with blossom. Obviously there’s nothing to book right now but it would just be great to hear from you with ideas or comments. There’s a contact page where you can leave a message.

So until we see you here – or at the next Blueberry party – take care and stay safe! 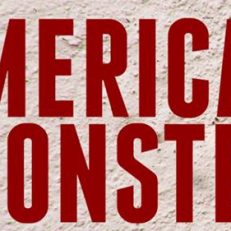 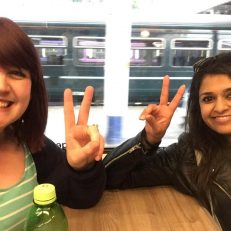 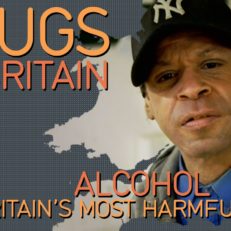 Highlights Of The Week
– PROJECTS – Editor Aldo Paternostro cut the final episode of BBC Three’s Drugs Map of Britain. This landmark docu-series explores the drugs of choice in different parts