An Inconvenient Sequel: Truth To Power, the follow up to Oscar-winning documentary An Inconvenient Truth, starring former US Vice President Al Gore, world premiered on Thursday, during the opening night of this year’s Sundance Film Festival. Blueberry colourist Leo Hallal colour-graded the film, which is his fifth project with filmmakers Bonni Cohen and Jon Shenk. Among other collaborations there are “The Island President” and “Audrie and Daisy”, both available on Netflix. 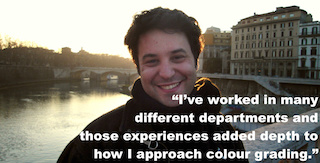 Colourist Leo Hallal is also the subject of this week’s Spotlight interview. He has been involved in all aspects of film and television post-production since 1997, working in cutting rooms, film labs and post facilities in Brazil, the US and the UK, including Francis Ford Coppola’s American Zoetrope. Since 2013, he has been working with branded content, documentaries and fiction films in London.

Applications are now open for The Grierson Trust’s 2017 DocLab training scheme. Aimed at 18-25 year olds wanting to gain their first foothold in the documentary industry, DocLab offers financial support for trainees, paid work placements and a programme of workshops, masterclasses and mentoring. From learning basic camera skills to pitching a concept, it’s billed as chance for 12 aspiring filmmakers to turn their documentary passion into reality. Last year Blueberry started a collaboration with The Grierson Trust to support Doclab and we are excited to return this year. Stay tuned for updates! Foxes live, Channel 4
Paul Berry was enlisted by Windfall Films to edit ‘Foxes live’ for Channel 4. The office have been cooing over the live den footage showing fox cubs this past week when this pro 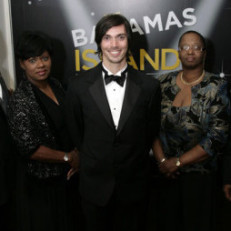