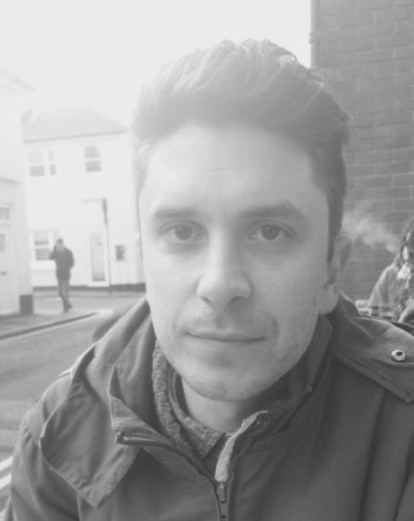 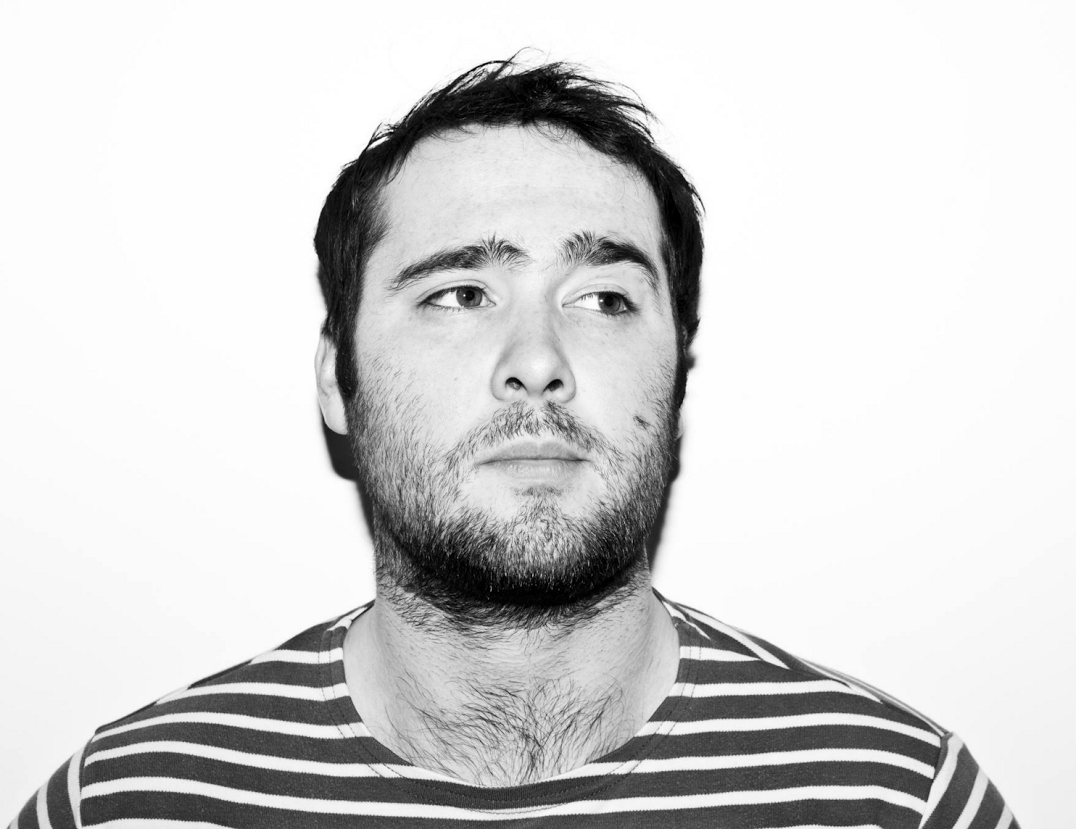 Gabriel is an award-winning editor, self-shooter and photographer based in London. He works predominantly in short form and is able to work comfortably with a wide range of clients. Skilled in Final Cut Pro, Avid – basic, Premiere, Lightroom, Photoshop – he has directed and self-shot TV spots for Barclays Bank, Cancer Research UK and William Hill.

Heavily influenced by the great reportage photographers like Robert Cartier Bresson and Robert Frank, he gets a lot of jobs directing photo shoots and he likes to try and capture moments, feelings and atmosphere as much as possible.

Shooting all over the world, he is very versatile and has a huge amount of experience as an editor as well as a self-shooter in branded content with clients ranging from Peroni Nastro Azzurro to BBC Children in Need, John Frieda, Macmillan, Care International, Barclays Bank, Grolsch and ITN Productions. 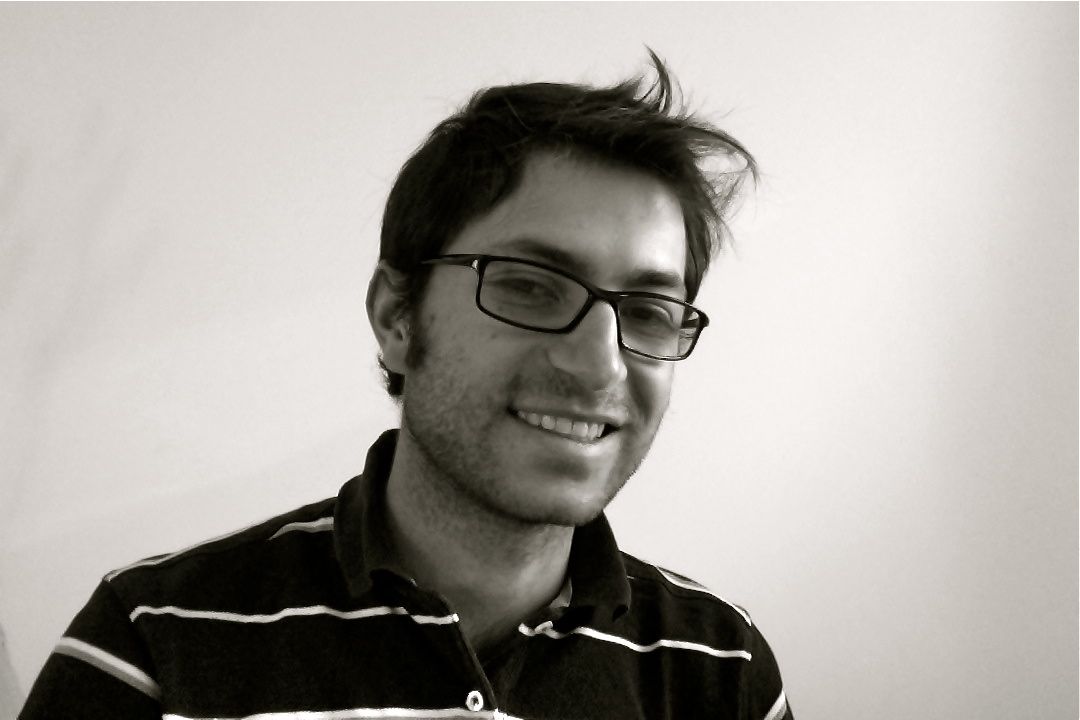 Originally from Colombia, Juan has over a decade of experience in TV, films, corporate and documentaries as self-shooter, director and editor. With a degree in Film and Television, his career started with the dream of being a director and he had the amazing opportunity to produce and direct a documentary about the indigenous Tikuna people in the Amazon.

Skilled in Final cut 7 and X (all suite), Adobe Premiere CC, After FX (basic), Photoshop – he has more recently focused on working in corporate and documentaries alongside blue chip companies. His work experiences have boosted his creativity, having been able to shoot in a huge variety of locations, from the Amazon Rain Forest to an air-traffic control tower at a London airport. With the freedom of filming and editing his own content, Juan can offer a unique perspective that stands out and captures the attention of viewers.

He was Assistant Director on award winning documentary ‘The Origin of the Tikuna People’ which was recognised at an international level, and he directed social awareness commercials broadcasted on national television and nominated for national awards in Colombia. Recent clients include In the Dark Productions, Airview Group (Colombia), London Stansted, The Sun News paper, Diaego and Philips. 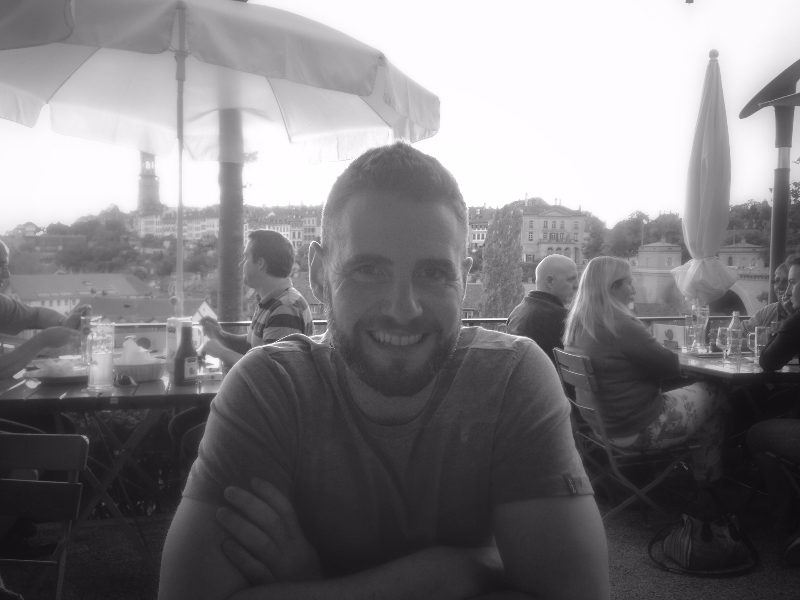 David has an excellent sense of timing and rhythm, a meticulous eye for detail and a strong creative flair. Technically adept and always willing and eager to learn new systems and software. He responds quickly and professionally to new challenges and enjoys working within a team as well as autonomously.

David has risen through the ranks editing the 2012 RTS Award, nominated ‘The Impressionists’, and working alongside notable Directors such as Oscar nominated Laura Poitras, Romain Gavras and top creative minds such as M.I.A.

David has cut a variety of programs from hard hitting current affairs to long form documentary and virals, demonstrating the same enthusiasm for every project and collaborating creatively with the director and producer every-time.

David is an experienced Editor and Director originally from Barcelona. He is passionate about making creative, engaging and informative films. Over the years he has directed and edited short films, music videos and commercials, working in both Europe and Northern Africa for major clients such as BBC, Discovery Channel, The Telegraph, Disney Channel, Barclays, Jaguar, Top Gear and Nissan amongst others. 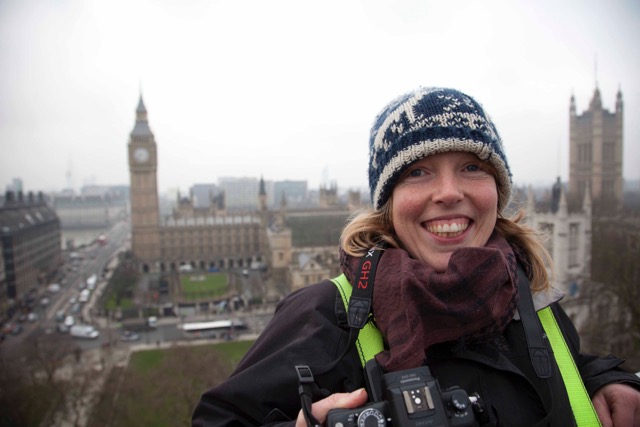 Zan is a director and editor who started her career working in the branding and communication sector and developed a solid background in broadcast, and a passion for documentary. She is an experienced storyteller – able to easily grasp the editorial needs of a project – whether that be the pace and wit of a primetime TV show, the emotional arc of a documentary or the more specific needs of a non-broadcast project.

Behind the camera Zan is a competent operator who understands how to shoot for the edit. She is experienced at putting people at ease in front of the camera and getting great results from pretty much any interviewee. All of the camerawork she creates is beautiful and striking. 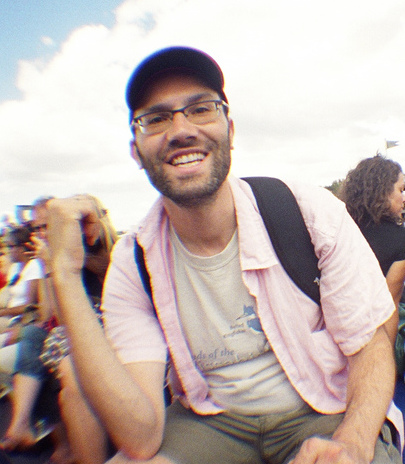 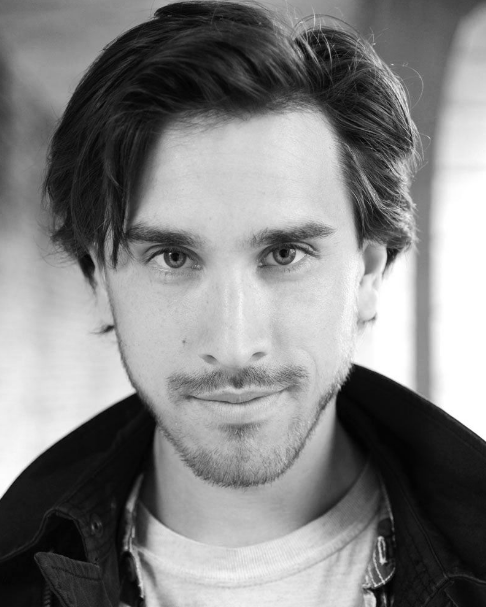 Originally from Barcelona, Eva is a versatile freelance Editor who has been living and working in London since 2006. With a strong sense of storytelling and comfortable with both short form and long form content; she has experience in broadcast television including video editing for news, current affairs, sports and documentary series. Eva also edits online, promos and corporate content.

Eva has worked for some of the most recognised global networks such as Sky, NBC, ITV, Channel 4, Discovery Channel and most recently the official Olympics Broadcaster (OBS) at the Rio Olympics 2016. Other talents she possesses include being a proficient camera operator with her own equipment and being able to speak fluent Spanish and Catalan. 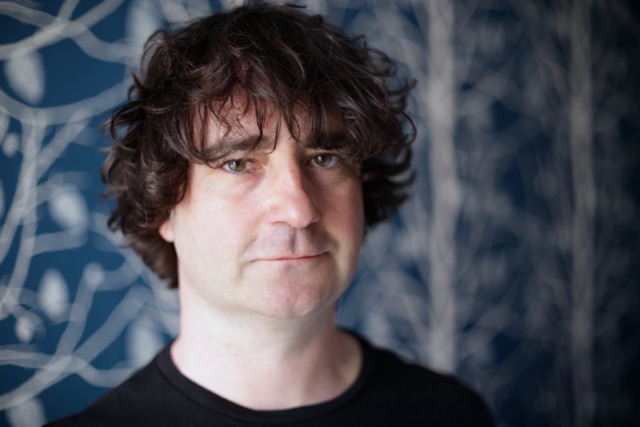 Tom is a London-based Writer/Director, Editor and Producer. Displaying a great skill for storytelling and connecting with the audience, Tom works in all stages of projects, from answering briefs all the way through to post-production. He likes to explore how the different facets of film production can best be used to engage the audience.

Experienced with DSLR and FS7/C300, and a long-time Editor now cutting on Adobe Premiere, Tom produces films with great coherence and is always sensitive to the message being communicated.

Over the last few years, he has worked with BBC Worldwide, CNN and various production companies both in London and Copenhagen on TVC, Branded Content films and documentaries, as well corporate work and his own drama projects.

In the last 18 months Tom has made films in Abu Dhabi, London, Argentina and Copenhagen and he’s keen to keep pursuing worldwide travel with his work. 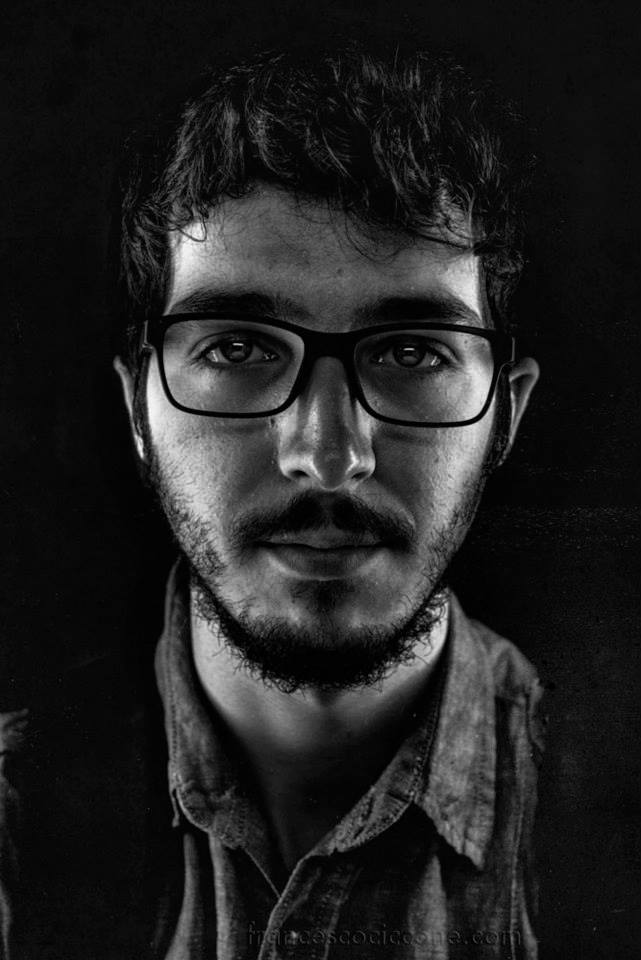 Michele has always worked in a fast-paced post production environment since he entered the film industry in 2010. Building his skills with the award-winning editors Andrea Maguolo and Federico Conforti, he has during the years grown a strong interest for advertising and documentaries. In 2018, Michele shot ‘To The Surface’, a documentary starring Mela Murder (The Florida Project). He is currently developing his technique as film director on commercials and creating a collective of film people with a unique goal. 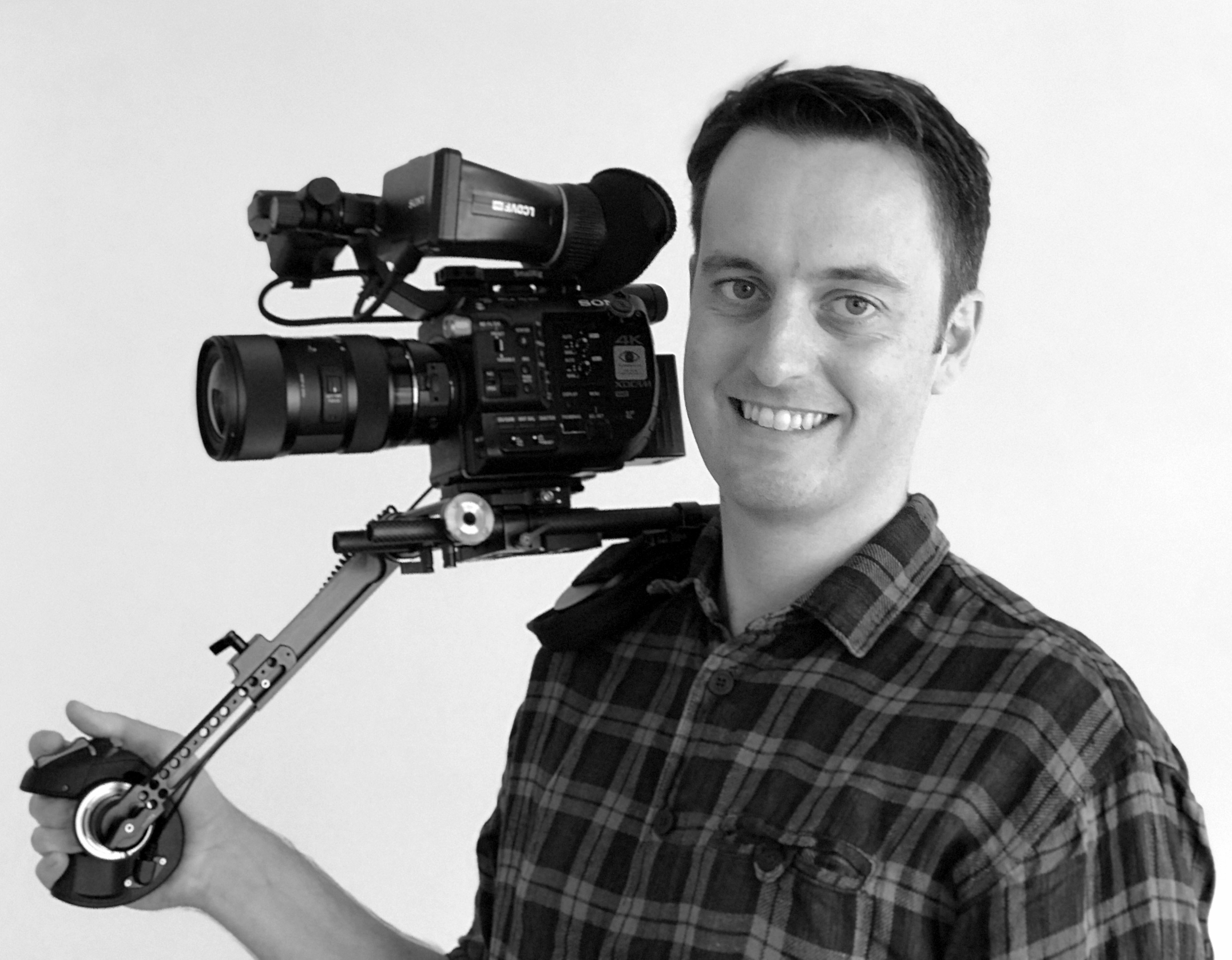