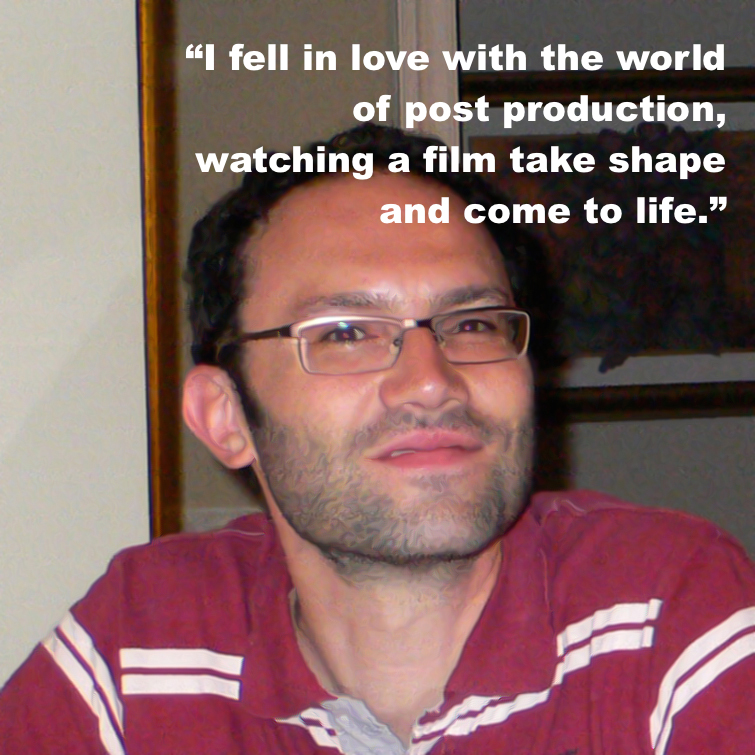 Who is Jonathan Cronin?

I am an editor/filmmaker with a background in sound editing and photography. I grew up in London, then lived in the US for 9 years, working in sound editing on feature films like ‘Mimic’ and ‘The Brothers McMullen’ but the pull of home grew too strong and I eventually headed back to the UK.

Before becoming a video editor, I was a cameraman, sound editor and mixer. This background has provided me with an ear for audio and the knowledge and creativity required of an effective editor. My career in film began as a runner in a sound post house. I fell in love with the world of post production, watching a film take shape and come to life. I became an assistant and then a sound editor, handling dialogue, sound effects and foley.

Once back in London, I stayed in sound editing, working on ‘Harry Potter and the Chamber of Secrets’ and HBO’s ‘Band of Brothers’. I love sound but I wanted to edit picture too so I moved into video editing, cutting short films, documentary and current affairs for news networks like CNN, Al Jazeera and CNBC.

I’ve also cut long projects like the award winning documentary ‘Football Fables’. Working in sound informed my development as a picture editor – I learned what sound can achieve subconsciously, and how powerful dialogue can be when used sparingly.

I particularly enjoy putting a story together in the cutting room – letting interviews, archive film and audio, stills and music tell the story. I’ve always kept up with new technology and methods – recently I am particularly excited about Apple’s FCPX and the new way it approaches editing, letting the user build databases and paper edits all within one system.

What’s your greatest achievement so far?

I joined forces with my brother to produce a documentary, “Look Out, Haskell, It’s Real: The Making of Medium Cool”. I shot and edited this 60 minute BTS documentary about Haskell Wexler’s 1969 classic ‘Medium Cool’. Our doc was screened at the Edinburgh Film Festival, on the BBC and is included in the recent EurekaDVD/Blu-ray release. This may be the project I am most proud of – we created it from nothing, and in my editing I feel like I pulled many strands of interview and archive material together to tell a story that hadn’t been seen before.

Sometimes the biggest luxury is time. We can edit a piece in an hour and it will work but if you have another hour or so, you can make that story so much better. Unfortunately, you don’t always have that extra hour. That’s a lesson for editing and for life too. Another important one is to be prepared to throw away what you have built: if a better idea comes up or if the material is pointing in a different direction, then go wth it. The audience won’t know what you wanted to make, only what you have made. 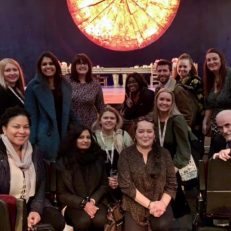 Blueberry is 20!
Established in February 2002, Blueberry has reached its 20th year! We are thrilled to celebrate 20 years in business! This milestone is thanks to a lot of hard work, by our team and the tal 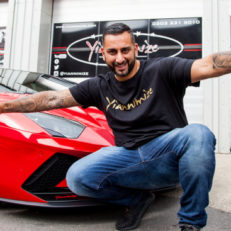 Yianni: Supercar Customiser
Car customiser to the stars, Yianni Charalambous is the man the rich and famous trust with their precious rides. However, life at the top isn’t always straightforward. | Watch Alan Ha