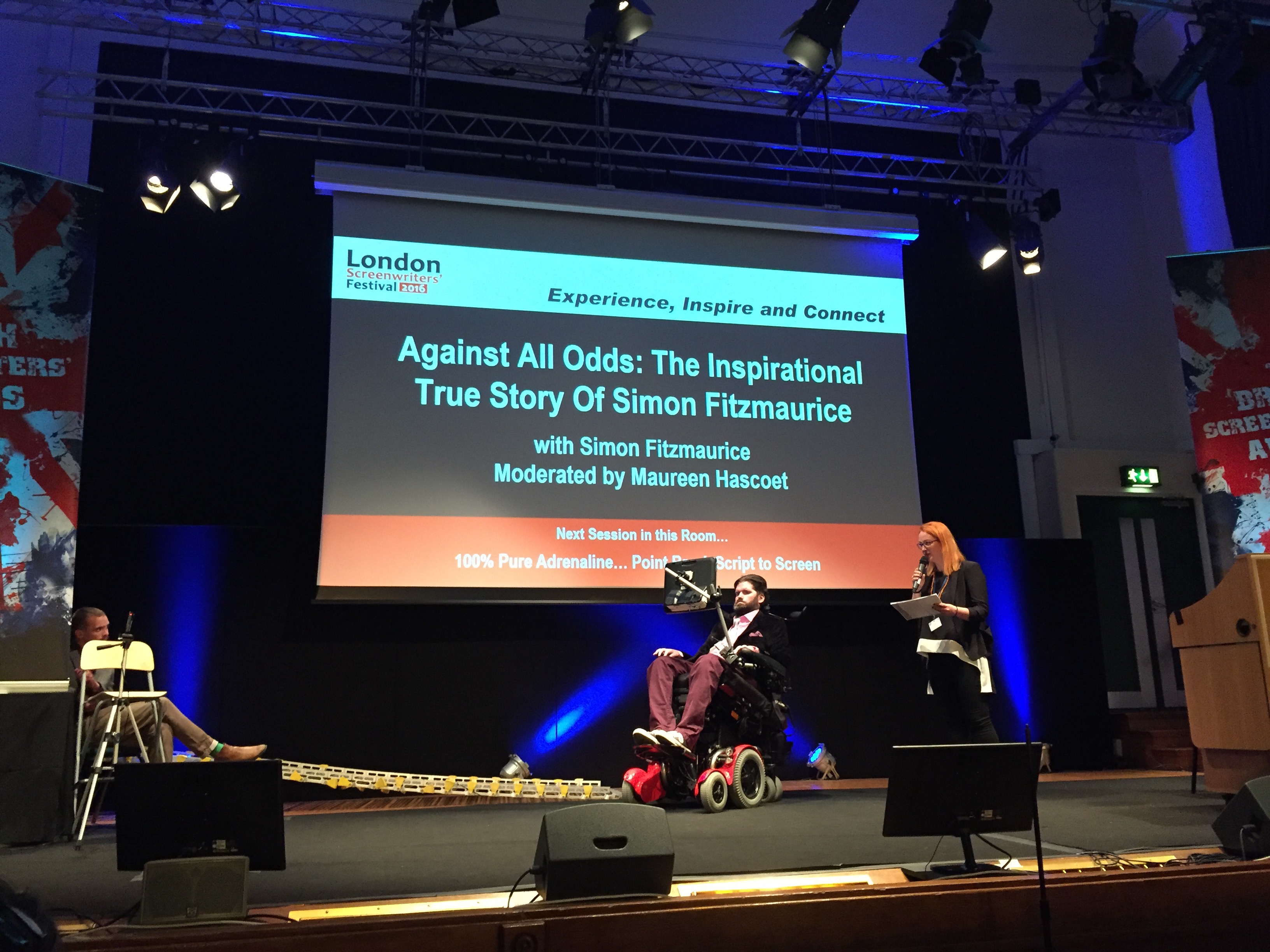 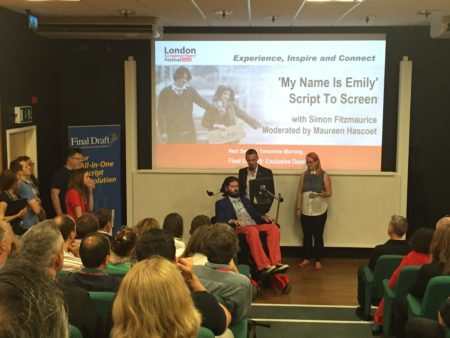 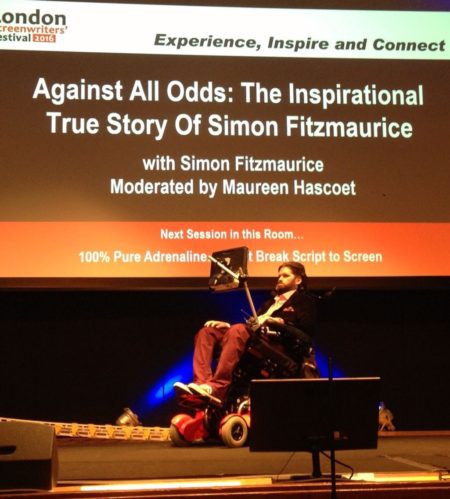 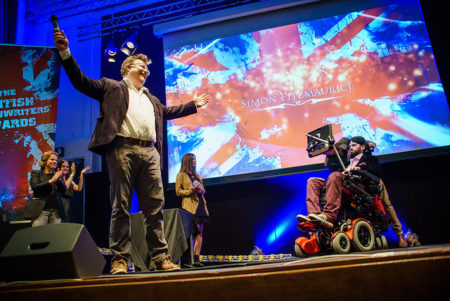 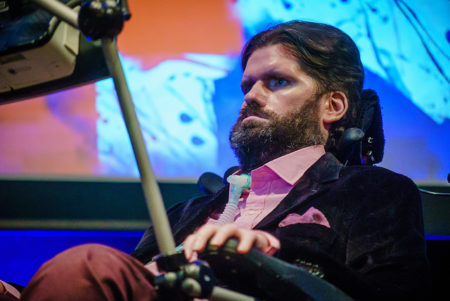 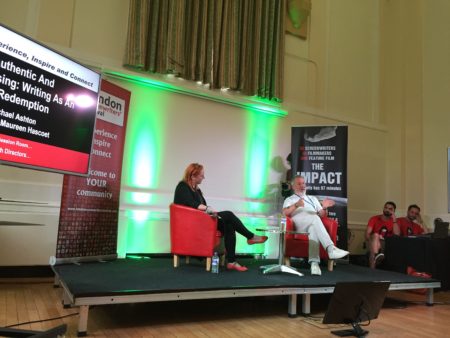 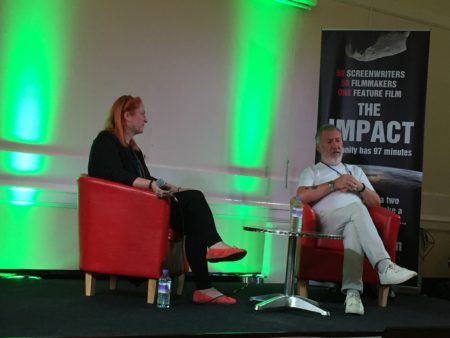 Inspiration is undoubtedly the main thing to take home with you after attending an event like the London Screenwriters’ Festival (LSF). After all, that’s why hundreds of screenwriters at various stages of their careers, as well as aspiring ones, gather for a three-day full immersion into lectures, workshops, talks, pitch sessions and networking.

The yearly event has reached its 7th edition, which took place last week at Regents University and Blueberry was in attendance for the first time, producing and hosting a couple of talks where inspiration was indeed front and centre. Maureen, who has previously worked behind the scenes at the LSF, made the Blueberry team proud as she moderated both panels with her usual grace and charm, despite it being her first time on the stage.

Both sessions were about peculiar individuals who have thrived with their artistic careers in spite of adversity. Their dramatic experiences and the life-changing consequences they had to face couldn’t’ be any more different and hearing both their stories was affecting and powerful, each in its own unique way.

The first Blueberry-hosted talk was with the exceptional Simon Fitzmaurice, Irish author and filmmaker who shortly after premiering his second short film at the Sundance Film Festival in 2008, was diagnosed with Motor Neuron Disease (ALS), the same one which affects illustrious theoretical physicist Stephen Hawking.

Now completely paralysed and breathing through a respirator, Fitzmaurice didn’t let this tragedy define his life and he admirably continued to be a husband, a father and an artist. He completed the script for his feature debut, My Name Is Emily, typing it via the iris-recognition software Eye Gaze and the movement of his eyes is also how he communicated to direct the film across its six week shoot.

Considering the hardships of making a film when you’re perfectly healthy, it’s almost unfathomable to conceive how he did it. But he did do it and we were lucky enough to screen his film at the LSF and witness his incredible personality with our own eyes and ears as he delivered a touching and humorous speech.

Coming of age drama My Name Is Emily, starring Harry Potter’s Evanna Lynch, was released in UK cinemas last April and will be out on DVD this autumn. Beautifully shot and boasting great performances across the board, this lyrical meditation on finding your place in the world follows an introverted teenage girl who runs away from her foster home, with the help of the boy who secretly loves her, in order to find her estranged father.

Simon’s passion for his craft was humbling and inspirational, to say the very least, and although bound to his wheelchair and communicating via a computer, he still managed to dazzle and captivate the audience, proving anything is possible in life – a true testament to the resilience of the human spirit against all odds. And he thoroughly deserved to receive the “Fucking Awesome Award” during the British Screenwriters’ Awards ceremony that’s recently become part of the festival.

Reactions to the screening and the talk were overwhelming:

– “Simon is an inspiration. Thanks to Blueberry for the opportunity to learn more about him and see his work“.

– “Think you’ve found filmmaking a challenge? You need to meet Simon Fitzmaurice and see his film to redefine the possible“.

– “Great session from Simon Fitzmaurice, proving that the creative life can transcend many barriers if we fully commit to it“.

– “Wonderful, warm, human story. Beautiful music and adorable landscape. I enjoyed every minute of My Name is Emily. My respect to Simon Fitzmaurice“.

– “Highlight of London Screenwriters’ Festival was Simon Fitzmaurice and how he made My Name Is Emily despite his advanced motor neuron disease. We take life for granted too much“.

The second session Maureen moderated was “Writing as an act of redemption” with playwright-turned-screenwriter Michael Ashton, whose intense and extreme life experience resulted in an unusual career path and is constantly reflected in his raw, authentic and uncompromising work.

In addition to being affected by Aspergers syndrome, Michael developed post traumatic stress disorder (PTSD) after serving in the army and he got involved in financial fraud for which he was sentenced to 18 months in a white collar prison.

During his detention, having a lot of time on his hands, Michael attended a playwriting course held in prison and wound up writing The Archbishop and the Antichrist. The play is a fictionalized account of Archbishop Desmond Tutu’s meetings with Piet Blomfield, a murderer who seeks redemption for the atrocities he has committed while he serves a life sentence in prison in post-apartheid South Africa.

Forgiveness and redemption are the themes at the core of Michael’s writing and he didn’t spare himself from openly confessing how his troubled past had led him to hurt people and how he deserved the consequences of his actions. It was affecting to hear him reminisce about never getting a visit from anyone whilst in prison or how he tried to commit suicide since he had nothing left to live for when he was released.

Michael was unaware that his play had been submitted to various competitions by the people who ran the playwriting course. When he learned his work had won the Amnesty International’s Protect the Human prize and was going to be performed at the Royal Festival Hall, among other venues, Michael realised there was still something worth living for. It’s no surprise that those themes come back in his writing. He has gained purpose, embraced a new path and albeit later in life, his newly-found artistic passion for writing has become the opportunity for catharsis and redemption.

No wonder his impulsive and eccentric genius has been noticed by the film industry and he has transitioned into screenwriting. A film adaptation of The Archbishop and the Antichrist directed by Oscar-nominee Roland Joffeé (The Mission, The Scarlet Letter) is slated to go into production soon whilst several other projects are in various stages of development.

The audience responded with empathy to Michael’s singular story, which they called inspiring whilst the whole session was considered involving and more and more gripping as it unfolded.

Previous
Back
Next
You might like these as well
Guide to Freelancer Insurance
Having adequate insurance protects you and your business should unexpected events or claims arise. The adage of “hope for the best, prepare for the worst” holds true when it comes t 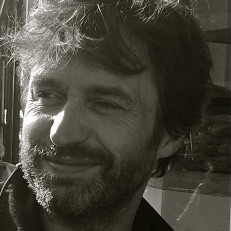 Justin Trefgarne – director
We are privileged to meet super talented people on a weekly basis, this week in the Blueberry spotlight is director/writer, Justin Trefgarne. Justin has just completed an independent featur 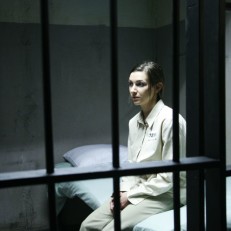 Web of lies, Discovery ID
Stephen Prince is currently editing at Blast Films on series 2 of ‘Web of Lies’ for Discovery ID. In the online world, you never really know who you’re talking to. This series