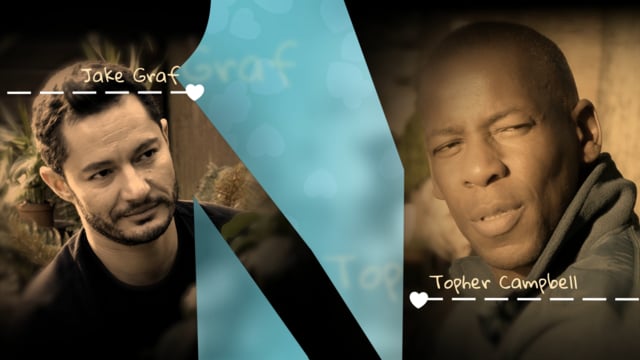 ‘Different for Girls’ is a ground breaking, sexy LGTBQ drama web series set in West London written by Jacquie Lawrence, produced by Fizz Milton, directed by Campbell X and shot by Oona Menges. Jamie made the title sequence for this show that fit the style set out by the author Jacquie Lawrence and the Production Company. He made the assets in Illustrator and brought them in to Cinema 4D to animate in 3D. A series of 3D animations were made to create a series of mattes for which Jamie composited in After Effects. Combining the mattes with some live action footage and a bit of motion magic ending up in a cool, modern title sequence for a show that pushes boundaries.