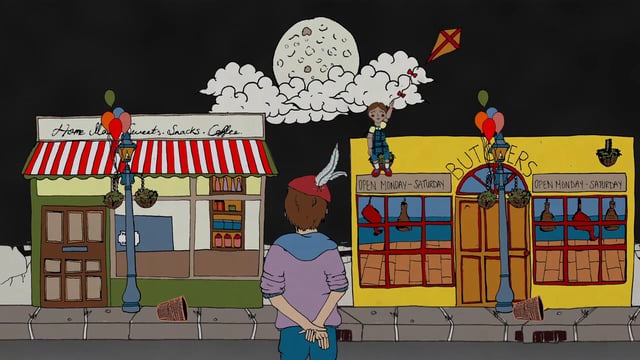 Series of films Derek has created with his 1st year Illustration students at Middlesex University, for the 2016 documentary ‘Life Animated’ from Dogwoof.

Originally Darren was approached by DDA to create a 2 min animation for the film. Instead he wrote, animated and directed a series of five animations, all roughly 30 seconds in length. The illustrators created line drawings which he then coloured and animated. Derek wanted to celebrate the core message of the film by focusing on the way that Owen see’s and communicates with the world.