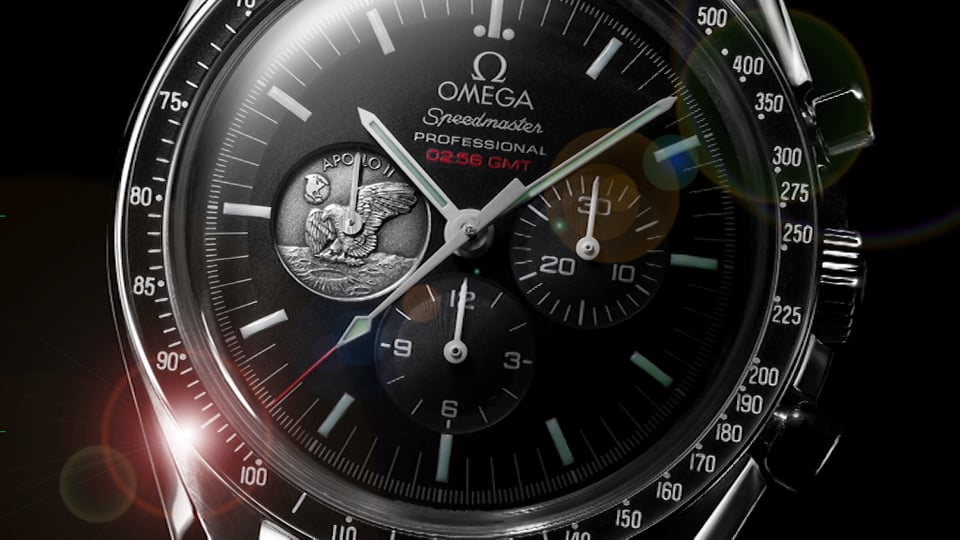 Film created to be showed in the US at an Omega event attended by all the first luna Landings astronauts and crew.
It launched  a limited edition Speedmaster watch to celebrate the 40th anniversary of the luna landings and highlighted the part the Omega Speedmaster played in those events.