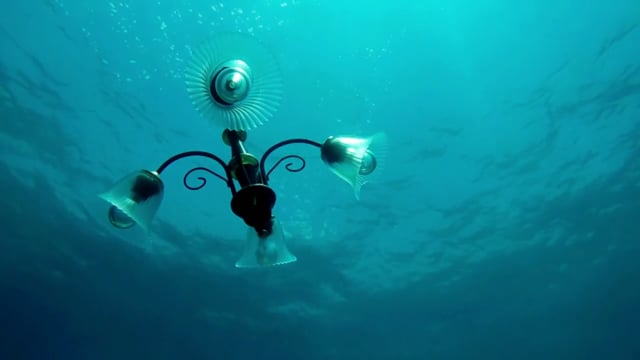 In Tom Dale’s A Cage For Voices, the ocean seeks meaning in a series of objects that fall through the water from the surface above. Shot in Izmir, the main departure point for Syrian refugees heading to the Greek Islands, Tom Dale’s film balances words, images and sound design in order to make a film that was immediately digestible.  Tom explores ideas around the preposterous and absurd, using sculptures and film to make explicit the inherent contradictions of the grand gestures of culture and society.