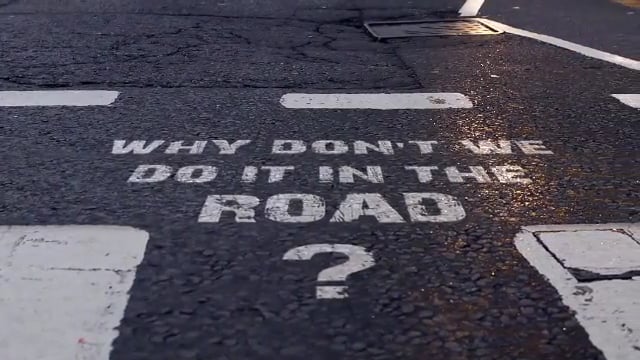 Why Don’t We Do It In The Road?

A lyrical portrait of one of London’s most peculiar tourist attractions – a humble pedestrian crossing in
St John’s Wood. But this isn’t any ordinary piece of street furniture, a 10 minute photo session back
in the  summer of 1969 saw to that. A couple of weeks after Neil Armstrong took his giant leap, the
Beatles took  a few short steps across Abbey Road and the rest is history. Roughly timed to coincide with
the 50th anniversary of the Beatles’ first recording session at Abbey Road Studios, this quirky short film explores
a tiny part of London that is, in the words of narrator Roger McGough, suffused with a sort of magic.
‘Best Super Short’ – NYC Independent Film Festival… ‘Best Documentary’ – UK Film Festival