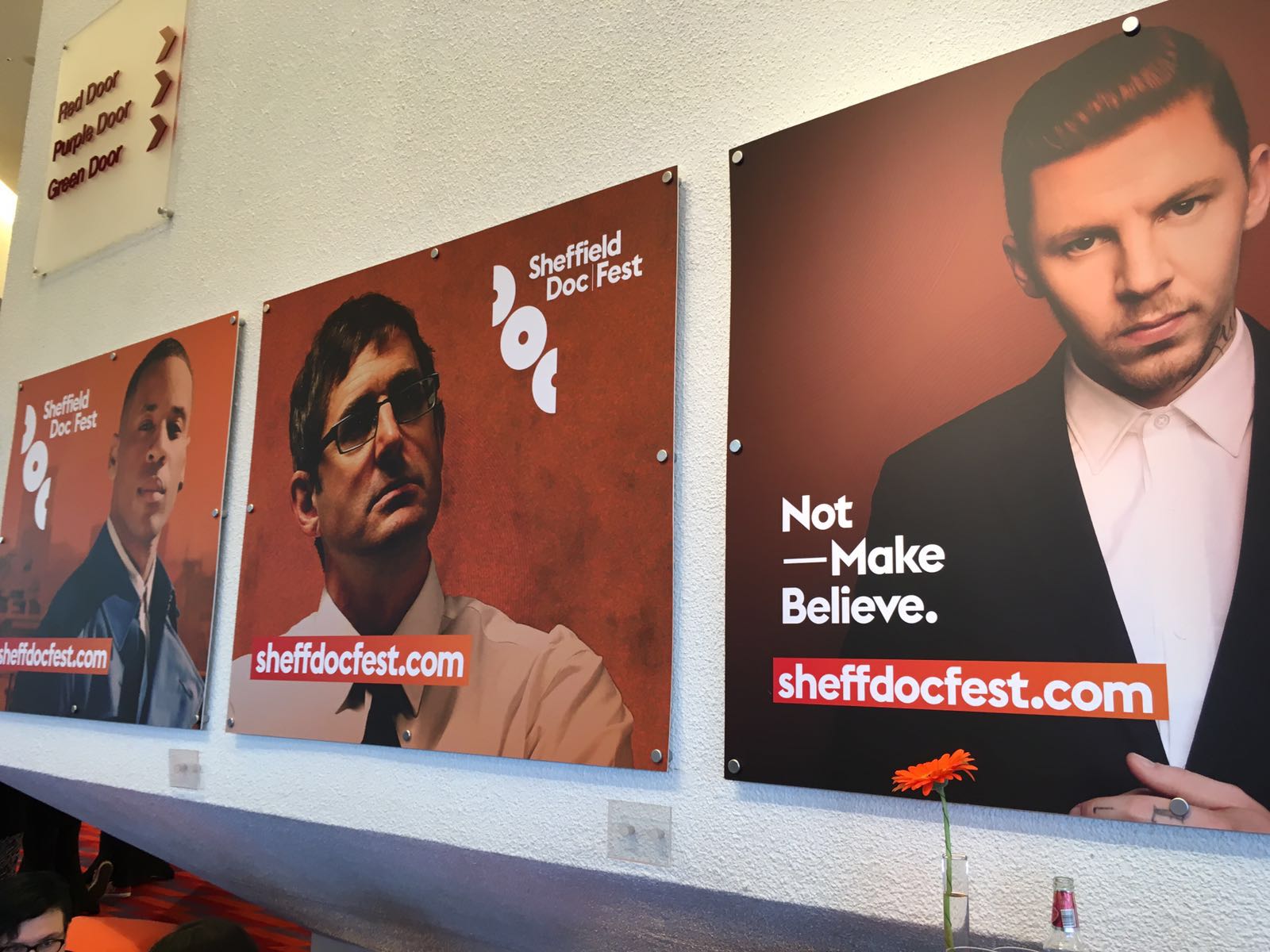 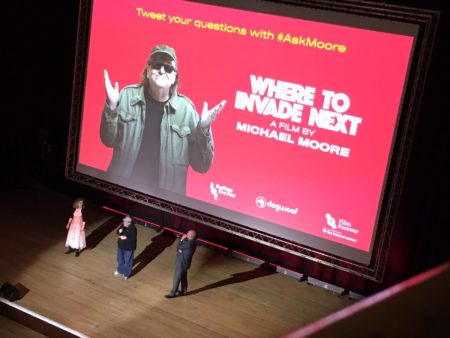 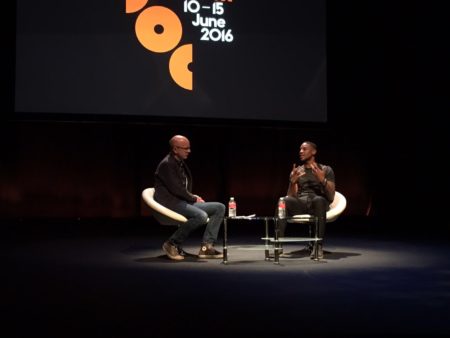 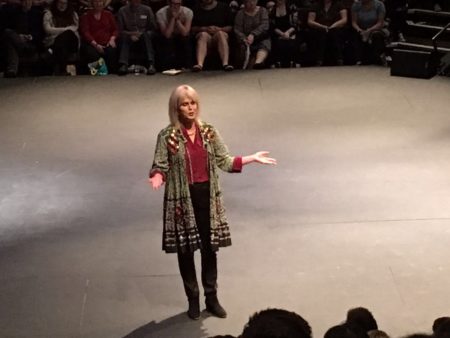 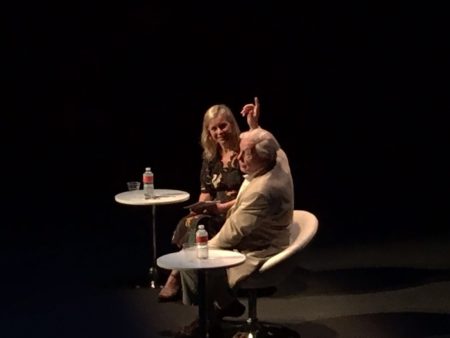 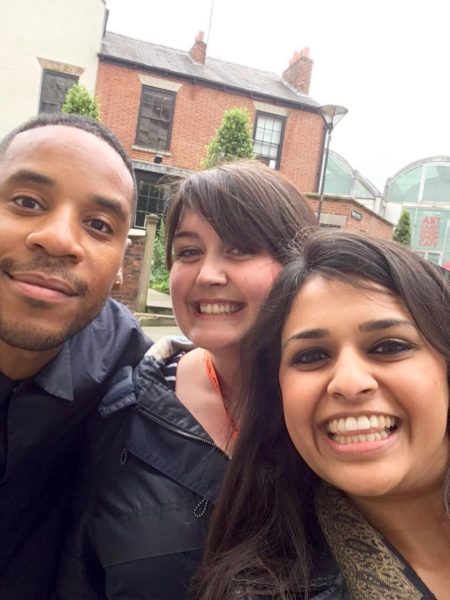 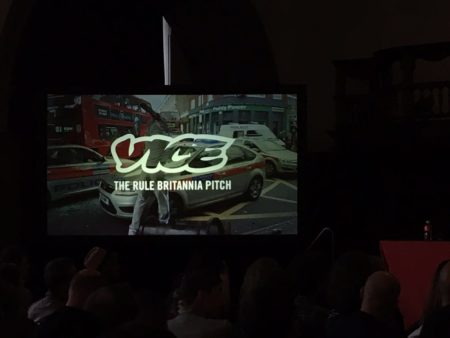 Despite a long journey with cancelled trains & diverted routes, as per our tradition, the Blueberry family made it to Sheffield Doc/Fest 2016 which took place June 10-15 and needless to say this year’s edition didn’t disappoint. Our Creative Consultants Bhavinee and Kirsty were in attendance since the opening night and were later joined by our Managing Director Irantzu for a few days of wonderful documentaries, interesting talks with amazing talent and great networking events.

The opening night film, Where to Invade Next, included a post-screening Q&A with director Michael Moore. In his new documentary, funny and thought-provoking as ever, the American filmmaker visits other nations to steal ideas that can enrich the lives of American citizens. Although the Q&A steered off too much towards the EU referendum instead of the film, Michael Moore was really funny and energetic – a nice start to the festival, worth queuing in the rain for hours – and the theatre was beautiful, the perfect venue for an opening night film.

Day two was off to a great start with The Happy Film where a graphic designer uses himself as a project, through 3 different steps – meditation, therapy and drugs – in order to find what makes him happy. It was a very beautiful film to watch as lots of well put together designs were used to illustrate his journey.

The BBC Interview with Reggie Yates was also a highlight. They talked about his career progression from a kids TV presenter and DJ to a serious doc-maker now on track to follow into Louis Theroux’s footsteps. In The Insider: Reggie Yates in a Texan Jail, the first of two immersive documentaries available on BBC Three from June 28th, Yates enters Bexar County Jail in Texas, to experience what it’s like to be an inmate in the American criminal justice system, and understand how prisoners with mental health problems are treated behind bars. His upcoming projects sound amazing, showing how far he has come and how dedicated he is to each project and the topics he explores.

The touching and emotional Jim: The James Foley Story wrapped the second day leaving us speechless with its powerful portrait of James Foley, who was kidnapped and beheaded in Syria in 2014. This was such a moving documentary from the beginning as we share his journey into journalism up until his beheading and the stories from his friends, family and others who were captured.

On day three Ants on a Shrimp – an in-depth look at the restaurant Noma moving to Japan to create a new food experience over there – was quite uplifting and beautiful, making you feel connected with the chefs and their emotions through their Japanese journey.

The discussion A Reasonably Adjusted Debate: Disability On & Off Screen gave us an insight into other aspects of the industry that we don’t see day to day and had some great contributors, including Adam Pearson who is featured in a lot of docs on TV about appearance and disability. It was interesting and shocking to hear the statistics of how many disabled people work in the industry and how many are represented on TV (20%). Channel 4 and Betty TV (client of ours) were complimented for being so supportive when working with disabled people and for how they endeavour to include more diversity in broadcast.

Highlight of the day was seeing The Absolutely Adventurous Joanna Lumley in Conversation – she was fascinating, and such a pleasure to listen to. We knew she was fabulous but had no idea about the span of her documentary career and how much she had worked on. A very warm, endearing and really funny lady – she brought with her the makeshift shoes she created out of a bra!

Southwest of Salem: The San Antonio Four was quite relevant with the current trend of true crime and wrongful imprisonment docs. Looking at 4 women in the 90s who were falsely accused of gang-raping 2 little girls (one of the women’s nieces). This one was moving, especially as the case is still ongoing and these women haven’t been completely cleared yet – it’s hard to not sympathise with these women’s journey and all they’ve been through.

One of the festival’s biggest highlights was on day four – Sir David Attenborough in Conversation, which discussed his career history and his involvement with the intro of colour to television. The footage spanning from the start of his career to present day was spectacular, beautifully shot and such a rollercoaster of emotions. It was so awe-inspiring to see how much he has explored and how even at 90 years old he still wants to carry on for as long as he can! What a legend! And he had such great sense of humour too.

The Hard Stop – an insight in to the background of the Tottenham Riots & the shooting of Mark Duggan – was particularly interesting for Kirsty as she it all kicked off within streets of where she lives.

Great start to day five with Miso Hungry – a funny yet insightful film in to the journey of a filmmaker/editor who travels to Japan in order to loose weight by eating only their foods and adopt their habits, which led him to lose 3.5 stone in 3 months!

Set for broadcast on Channel 5 later this year, Inside the Gang, explores how gangs operate in London and their involvement with drugs and gun crime. The filmmakers had to make drop offs at particular points with Go Pros so the gang members could film the footage themselves, not knowing if the cameras and footage would even return. They eventually build up trust and this doc was born, getting the audience to see (sometimes in graphic detail) the lengths these people go in order to transport the drugs.

We finished our festival experience in style with My Scientology Movie by Louis Theroux – an insight into the world of Scientology in LA. The popular British filmmaker talks to ex-members of the church and they reenact experiences they’ve been through with the church leader – David Miscavige. Theroux’s harmlessly blunt and honest approach was as funny as always, especially the way he deals with conflict and harassment from Scientology members.

Two other documentaries were the special highlights of our Managing Director. National Bird, about drone warfare programme, was made with the contribution of whistleblowers and victims on both sides – US military personnel and Afghan people whose families have been destroyed by imprecise drone attacks. It’s a devastating film that brings to the surface inhumane and disconnected war tactics that countries all over the world partake to ‘in our name’, ‘in the fight against terror’, but all it’s doing is actually creating terror.

Care was Irantzu’s absolute favourite though. The film explores the work and relationships of four private caregivers and the elderly, infirm and disabled people they care for. A poignant story of underrecognised and undervalued care workers in the US. In the face of a private health care system, with an elderly population predicted to grow by 65% over the next 20 years, and care workers only by 2%, the film emphasises the urgent need to recognise and invest in caregivers. The storytelling was sublime and very graceful, whilst handling a difficult subject matter and the Q&A with the director and producer was simply wonderful.

Irantzu also attended the Grierson DocLab‘s reception for their trainees in the Winter Garden. She was delighted to catch up with the trainees after the workshop she hosted at last month’s Doclab and she looks forward to continuing with individual one-on-one CV workshops for each of them. The event buzzed with great energy and networking – it’s clear the Grierson Trust are actively developing a quality pool of future talent.

Last but not least it was great to hang out with some of our talent in attendance. We bumped into our editors Marius Grose and Lisa Forrest at the BBC party in the Sheffield Cathedral and it was lovely to catch up about our festival highlights and chat about the films. It’s fun to see friendly faces outside of the usual work environment and have the rare chance to check out their dance moves. ‘Till next year Sheffield! 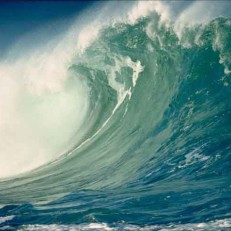 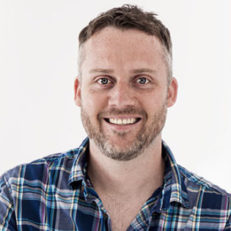 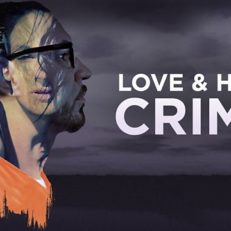