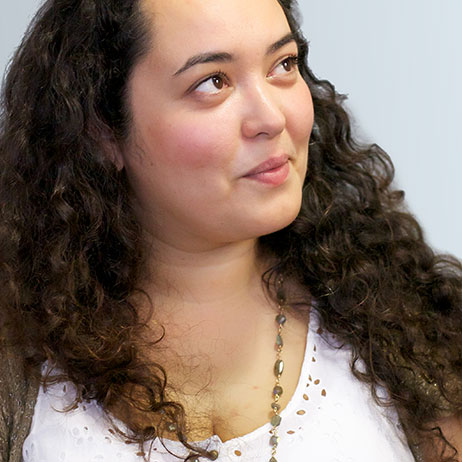 “I’m proud Blueberry has a team of consultants who love and live our business mission. We’re people with an eye for talent and a flair for opening doors and creating great partnerships.”

Born to Mauritian and Spanish parents, Irantzu grew up in South London and Spain. She gained a BA in Communications at Middlesex University and after this embarked on a career in post-production and production, where she worked on an assortment of film, tv, and commercial projects.

Irantzu’s intuitive nature and natural curiosity for people quickly exposed her skills for matching talent and bringing teams together. She learnt her trade at a London talent agency, booking editors and designers, before she became co-founder and managing director of Blueberry. 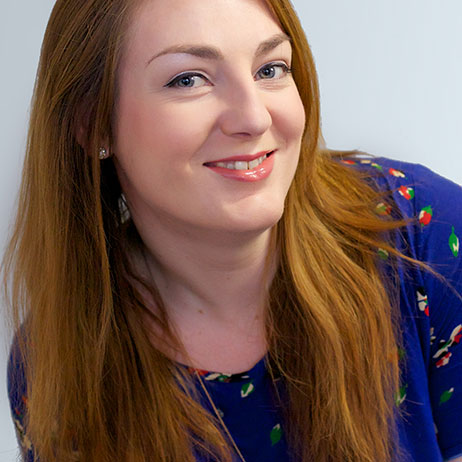 Carly started in the creative industries by studying Film and TV at Roehampton University. In, 2005 found her calling in Talent Management at Blueberry. Our longest serving team member, Carly, worked alongside Irantzu on bookings throughout the early years. She knows the company inside and out.

For six years, Carly led the long-form desk, specialising in documentaries, factual, and entertainment television. She was our Director of Talent Solutions, extensively building our client and talent roster and leading all agents across editing and design bookings. Since 2012, Carly has worked part-time, supporting the long-form team and overseeing our marketing activities and public relations.

Carly is balanced and considered in all things, but don’t let her peaceful nature fool you! She is focused and competitive! Carly is raising two little girls who keep her super busy outside of the office! 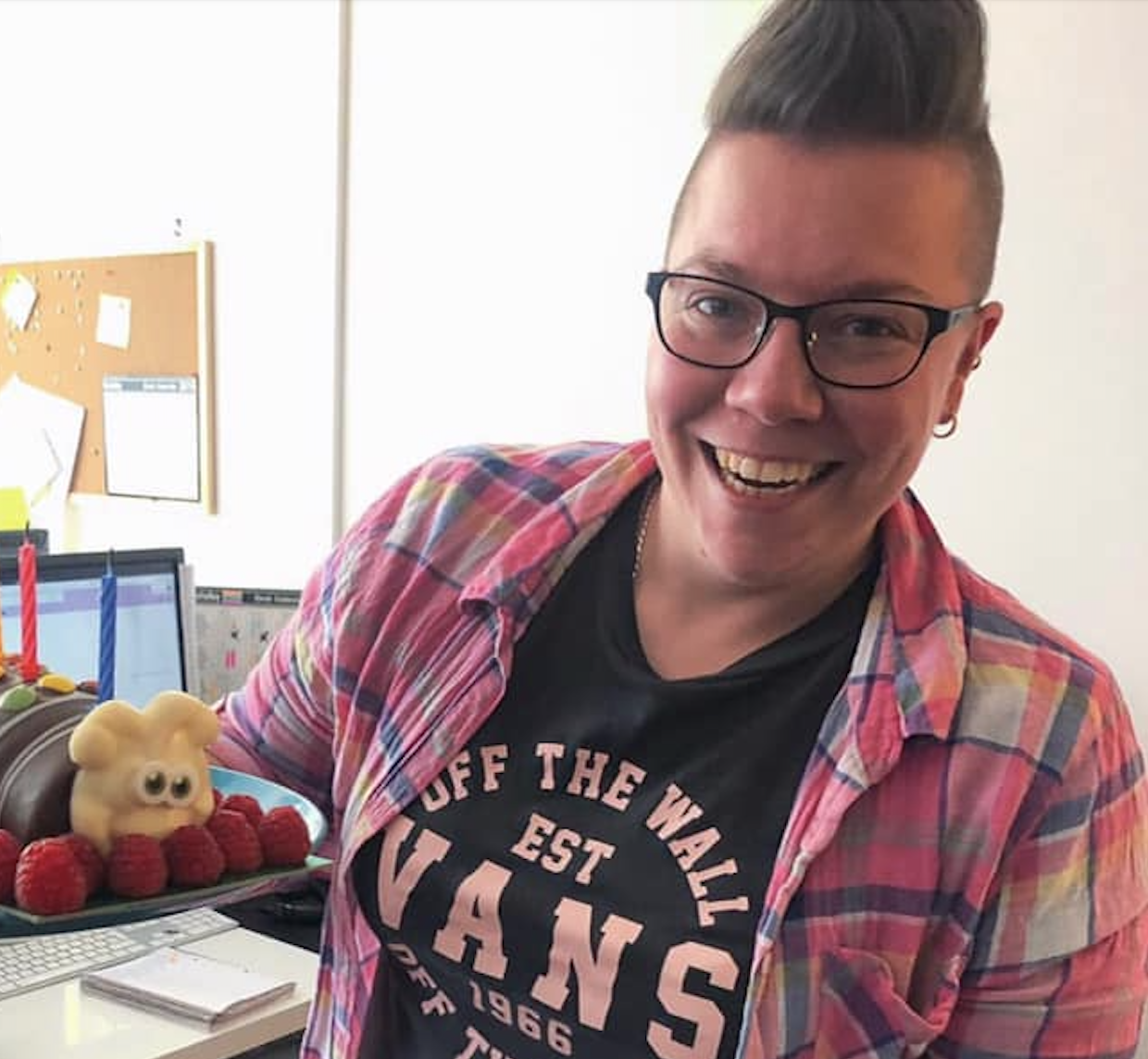 Kim is an awesome team player loved by the whole Blueberry team. She joined us in 2013 as an accounts coordinator and is now responsible for ensuring processes, invoices, and payment cycles run smooooothly. Ultra organised and hard-working, you can always rely on Kim to make things happen.

Born in the UK to an English mum and Irish dad, Kim’s entire family moved to sunnier climes and she grew up in Tenerife, where eventually she married a Scotsman (which resulted in a strange accent that few people can pinpoint!).

Kim returned to the UK in 2013 because she just loves grey and rainy weather! A woman of the world, she has worked in many sectors and is one of the friendliest people you will ever meet. She enjoys challenges and learning, and she is mad enough to find pleasure in extreme sports. Kim’s favourite imaginary food is bacon ice cream. Sadly, no one invented it yet, or have they? 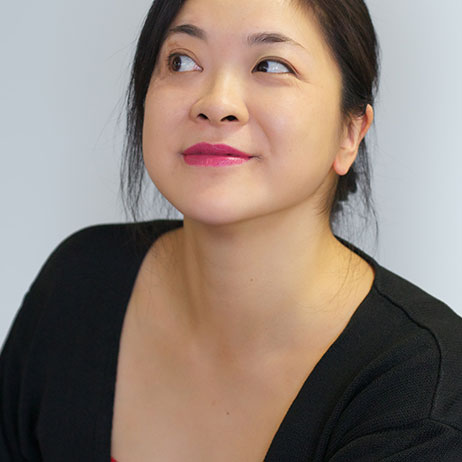 Cici has been a friend of Blueberry’s since our humble beginnings in a tiny office at Ealing Studios, where she spent endless hours drinking mint tea with Irantzu and being a sounding board. Her encouragement and friendship are part of Blueberry’s foundations. Cici became an accounts coordinator at Blueberry in 2010. She is responsible for collections and finance management, which she executes with incredible diplomacy and impact. She is mindful of relationships and knows how to ensure cash flows smoothly in and out for all.

Before Blueberry, Cici spent 14 years as a PA at Diva Pictures in Ealing Studios. She run the office and managed bookings, equipment, people and accounts. She also dabbled in camera work and editing, an experience which serves well in her role at Blueberry.

The most organised and humble person we have ever met, Cici is brilliant! 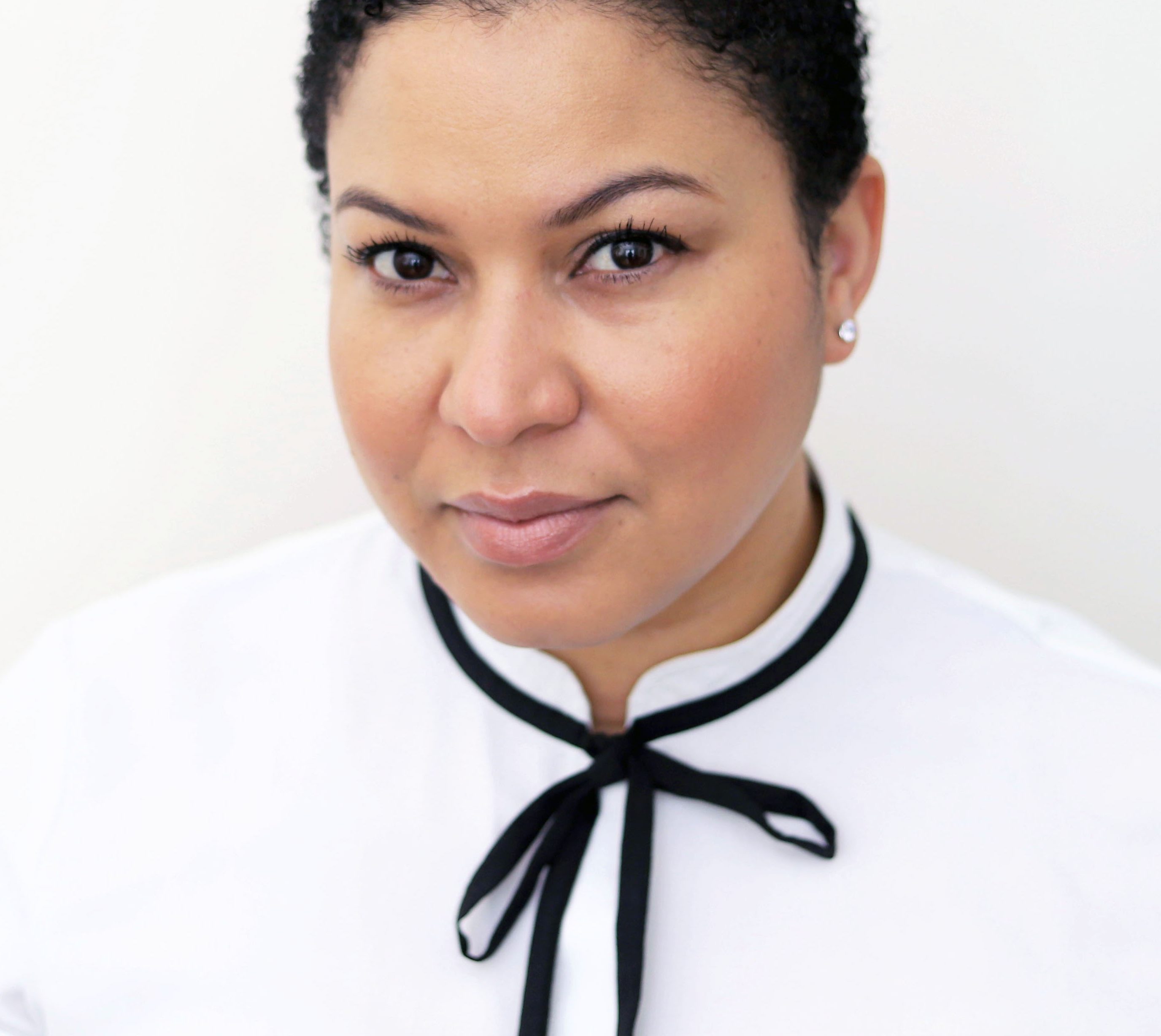 Shana has been a friend of Blueberry’s for over a decade and we are so pleased to have her on our team! Prior to joining us in 2018, Shana spent ten years managing retail outlets and buildings in London. Since then, she has been providing the team with essential administrative and marketing support whilst studying.

And now, we’re delighted that she is using her sharp eye for detail to oversee Blueberry’s day to day ops, as our full-time Operations Coordinator. An extremely supportive team player, Shana’s role pivots between accounts, management, IT, marketing, and bookings.

With a passion for photography and art, Shana spends her weekends bringing portraits and illustrations to life with oil paints. 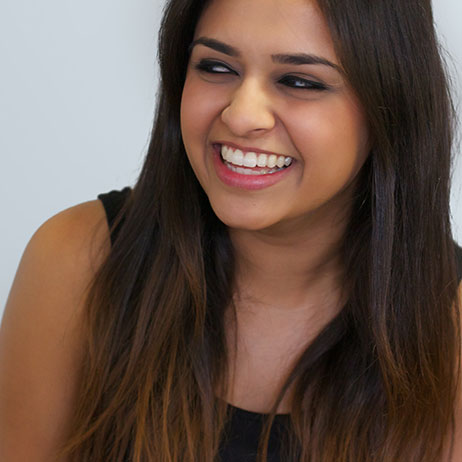 Having been with Blueberry since 2011, Bhavinee is our most experienced Talent Agent. A west Londoner born and bred, she worked as a casting agent before joining Blueberry to represent our long-form Editors. A huge consumer of documentaries and factual TV, her mission is to source and connect the best editors to make each project as successful as possible.

Insightful and resourceful, Bhavinee responds to briefs with swiftness and accuracy. She makes the lives of production managers and series producers much easier! Bhavinee knows her talent inside out, championing their strengths and winning them new opportunities each day.

Although she looks chilled out in the office, Bhavinee is competitive. She is a driving force in team games and her regular boxing and Kangoo classes! 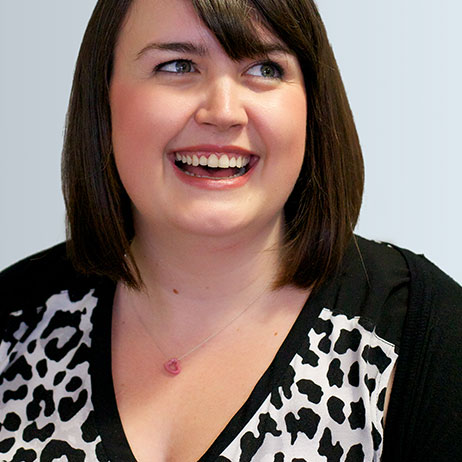 Kirsty joined Blueberry in 2014. Having gained valuable experience on our fast-paced Short Form bookings desk, Kirsty moved across to Long Form in 2016. She specialises in light entertainment, reality and game shows—all of the programmes that she loves watching!

After graduating from De Montfort University in 2008 with a degree in Media Production, Kirsty was quick to join the TV post-production industry as a runner. Over a 6 year term at Evolutions, Kirsty gained valuable knowledge as a Library Manager and Post Producer. She also worked at Directors Cut Films before joining Blueberry.

Kirsty loves to have fun and her laugh can be heard down the corridor. She has two small children and visits family in Scotland as much as she can. 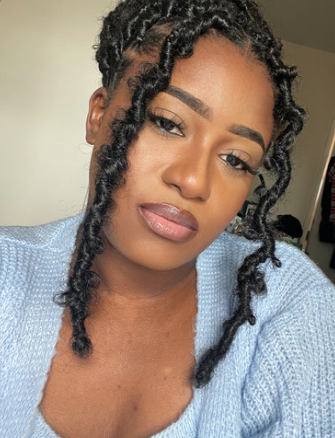 Huldah is one of the Long Form team’s best-kept secrets. Since joining Blueberry in 2021, she has impressed us consistently by demonstrating a talent for striking up a rapport and building relationships. Huldah is former media studies and law student. She is passionate about our industry and wants to make a difference.

Super organised and ambitious, Huldah is driven to help our Editor community achieve their aspirations and secure the most suitable talent for our clients.

Outside of work, Huldah loves being sociable, travelling, and listening to music. 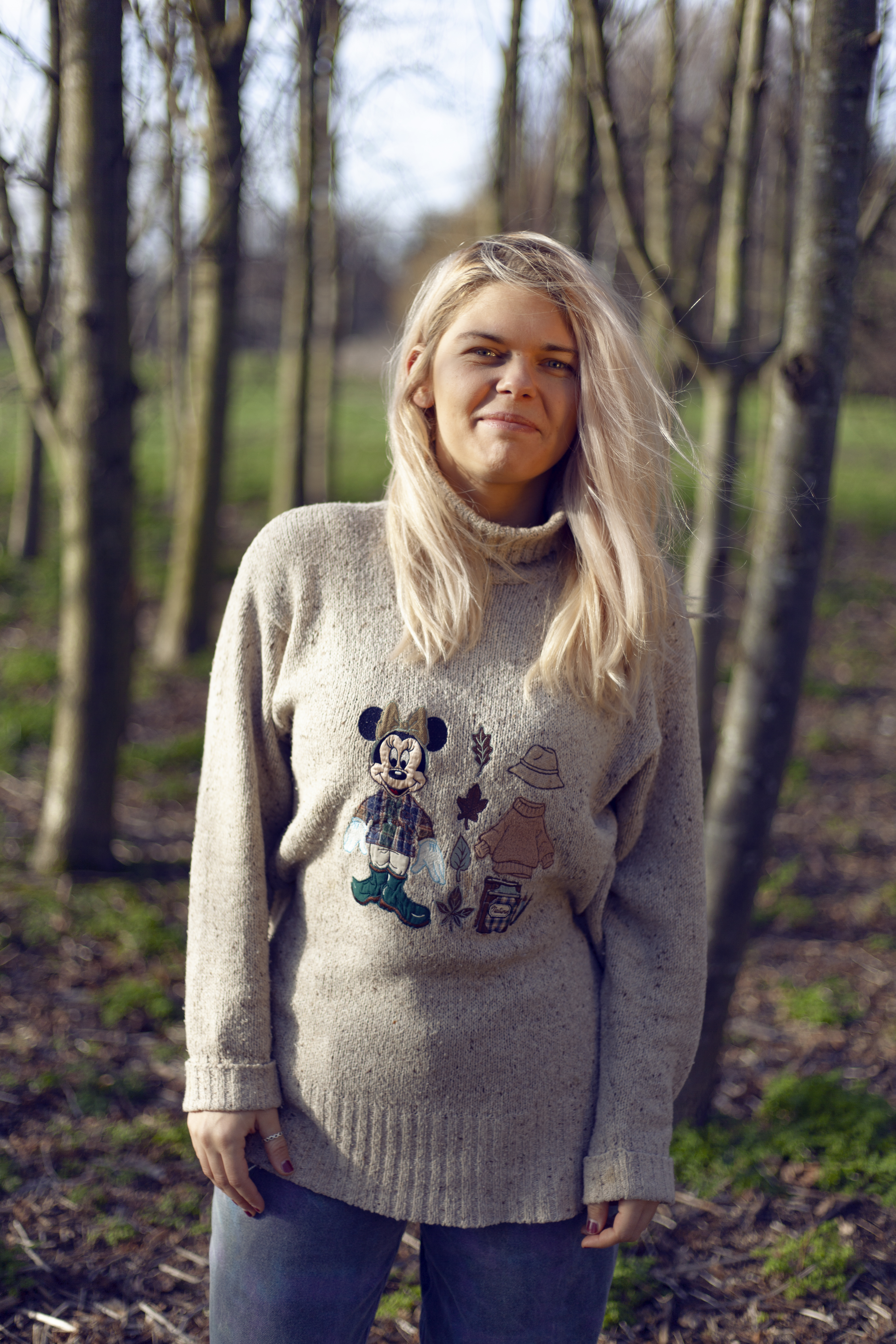 Alise joined us as an Agent in 2019 and quickly charmed us all with her vibrant and warm personality. She is an active listener. Her motivation makes her a fantastic team player and Agent. She enjoys the challenge of matching the skillset and personalities of talent to her clients’ brief. With a background in photography, Alise has a keen eye for design and composition—an essential tool on the short form desk. 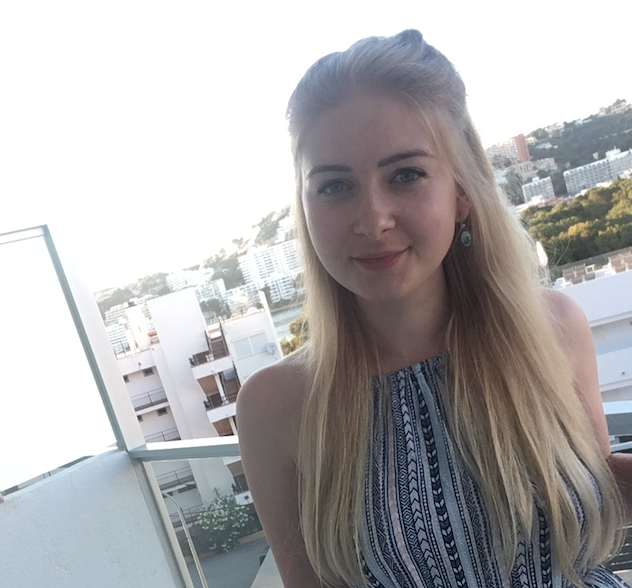 Anna joined Blueberry in 2018 to represent short form talent and is now a Senior Agent in the long-form team. Originally from Estonia, Anna studied Entertainment Management in Birmingham and then moved to Edinburgh to follow her dream of getting into film production.

She completed a Film and Media degree and worked as an Arts and Events assistant in a Fringe Festival venue, where she hit the ground running and took over bookings and marketing, filming performers on the side.  In her free time, Anna produces crowdfunding videos for charity.

Anna brings a calm Baltic demeanour, with tenacity and first-hand knowledge of filmmaking. We love having her on our team! 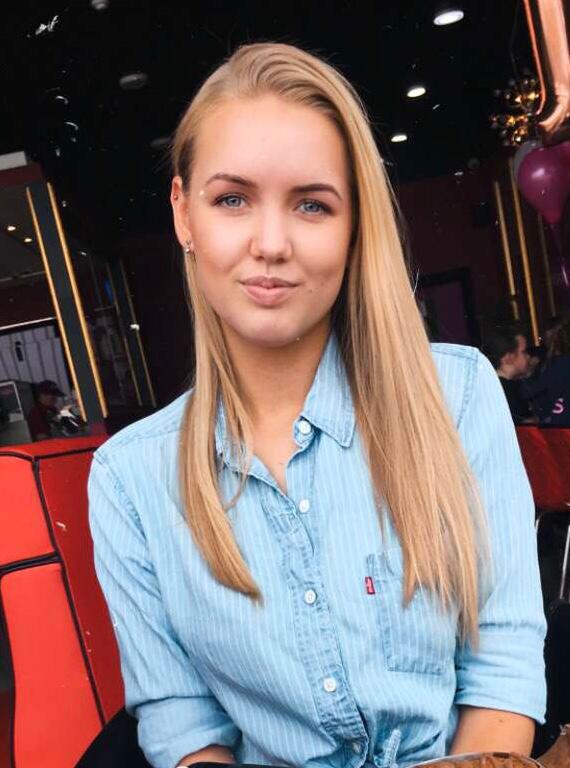 Josefine joined us in 2021 as a Bookings Assistant and has since been promoted to a Consultant within the Short Form bookings team.

Studying English Literature and Creative Writing at University shaped Josefine into the open-minded, innovative, and detail-oriented person she is. Josefine has applied these skills to her work, whether it be talking to our clients, assisting our talent or performing research. She is a fantastic team player and is always willing to lend a helping hand.

An avid reader, Josefine enjoys curling up with a good book, whether it be an old classic or new sci-fi. She can also be found flying and flipping through the air at her weekly gymnastic sessions.  It’s also a massive bonus for us that Josefine is a great baker as we get to enjoy these treats! 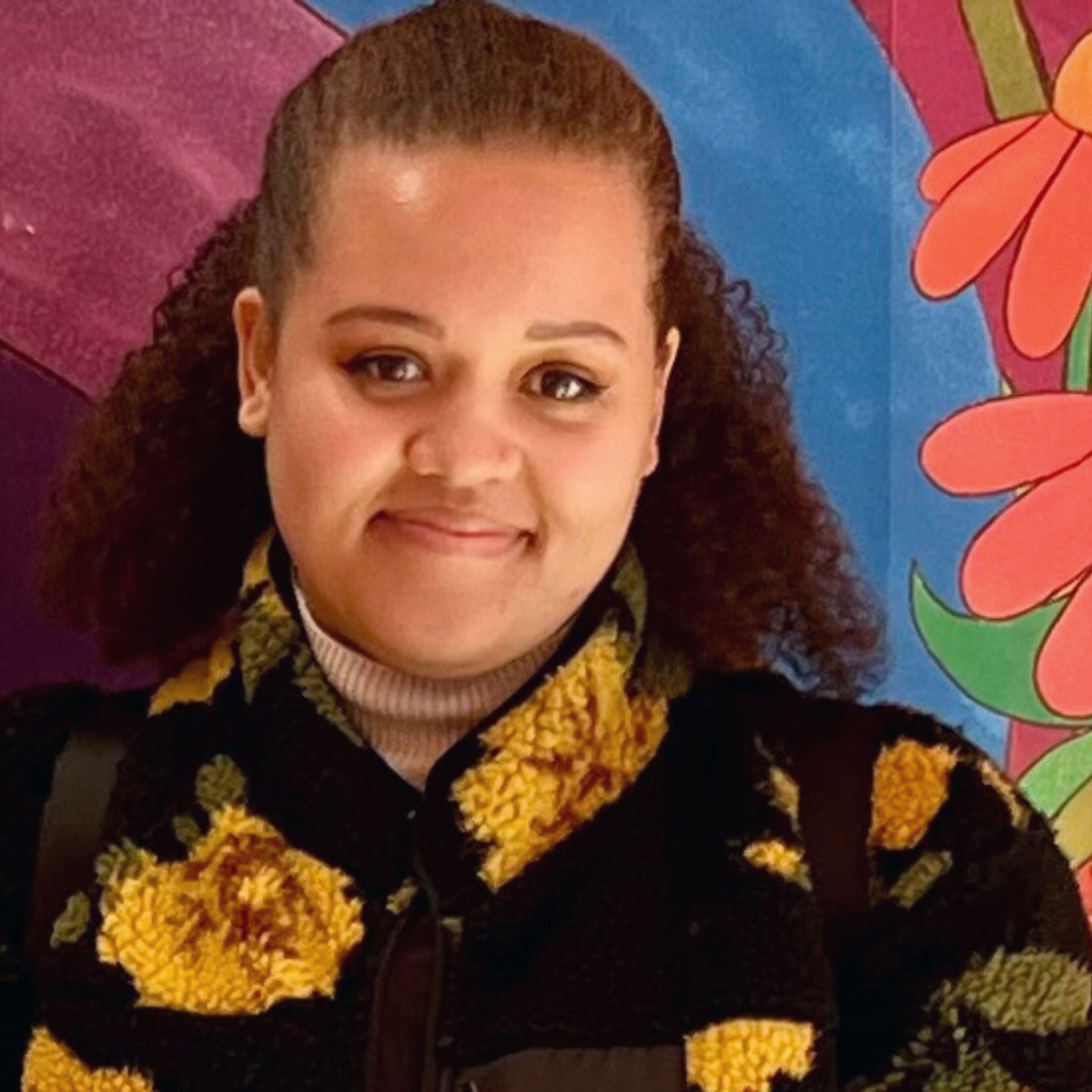 Tameka joined us as a Bookings Assistant in 2022 and has since been promoted to Short Form Bookings Coordinator. Tameka has always been intrigued to set foot in the creative industries. So, she graduated in Media Studies, and she now loves to combine her passion for media with her pursuit of excellent communication.