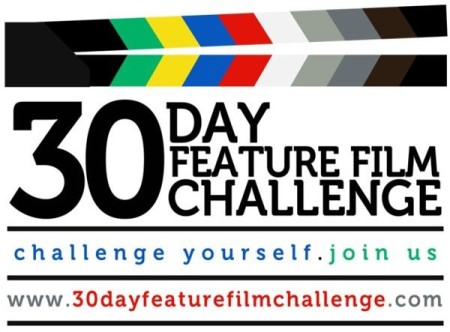 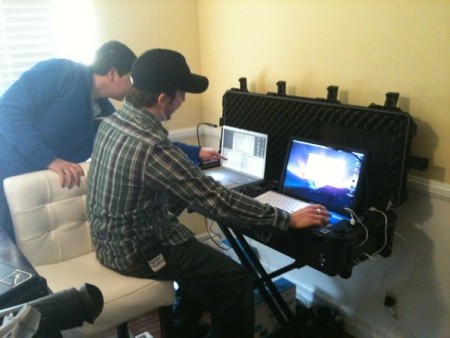 Blueberry Editor Tom Cole and 3 young L.A. filmmakers have set themselves the challenge of making a feature film – from initial concept to production – in just one month, and they started on November 20th.

The idea started with a conversation between director Marcin Teodoru and editor Tom Cole, who together run LA full service company Circle Films.

“There’s the 48 hour short film competition where you have just two days to make a movie, but there’s nothing like that for feature films, so that got us thinking.” – Tom Cole

The Deadline was provided by Tom’s return to his native London for Christmas, but both he and Marcin were astonished, and inspired, by the immediate enthusiasm and support offered by colleagues and friends. They were quickly joined by Australian-born writer Adam Foster and producer Aaron Grosso, who despite his young years has worked on commercials and been a director of photography on music videos featuring artists such as JET, Buckcherry and Alonso Brito.

“The whole idea sounds crazy, it’s very hardcore guerrilla filmmaking. We started with no money, we just wanted to see what favours we could pull, what contacts we could make and just see how far we could get. We decided we just weren’t going to sit around and wait because of the economy. We were sick of hearing about that….We want to be part of the one per cent of Hollywood who actually get to make their own feature film,” – Marcin Teodoru

The Four aim to finish production at one minute to midnight on December 20. They will then edit the movie – a tense tale of revenge and redemption, taking place over a single evening – in time for an unofficial showing at the Sundance Festival in January.

Directed By:
Edited By:
Released By: 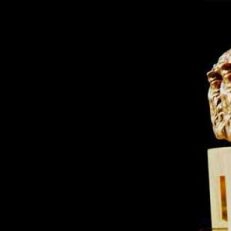 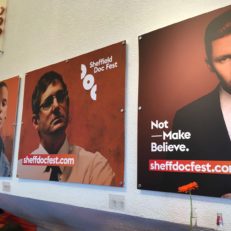 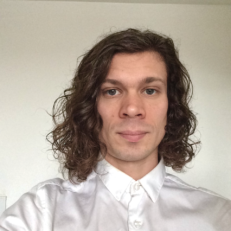 SPOTLIGHT: Sam Woodcock – Colourist
Who is Sam Woodcock?  I’m a colourist based in London with an interest in cinema (surprise, surprise!) yoga, writing, meditation and martial arts. I tend to enjoy more physically creative