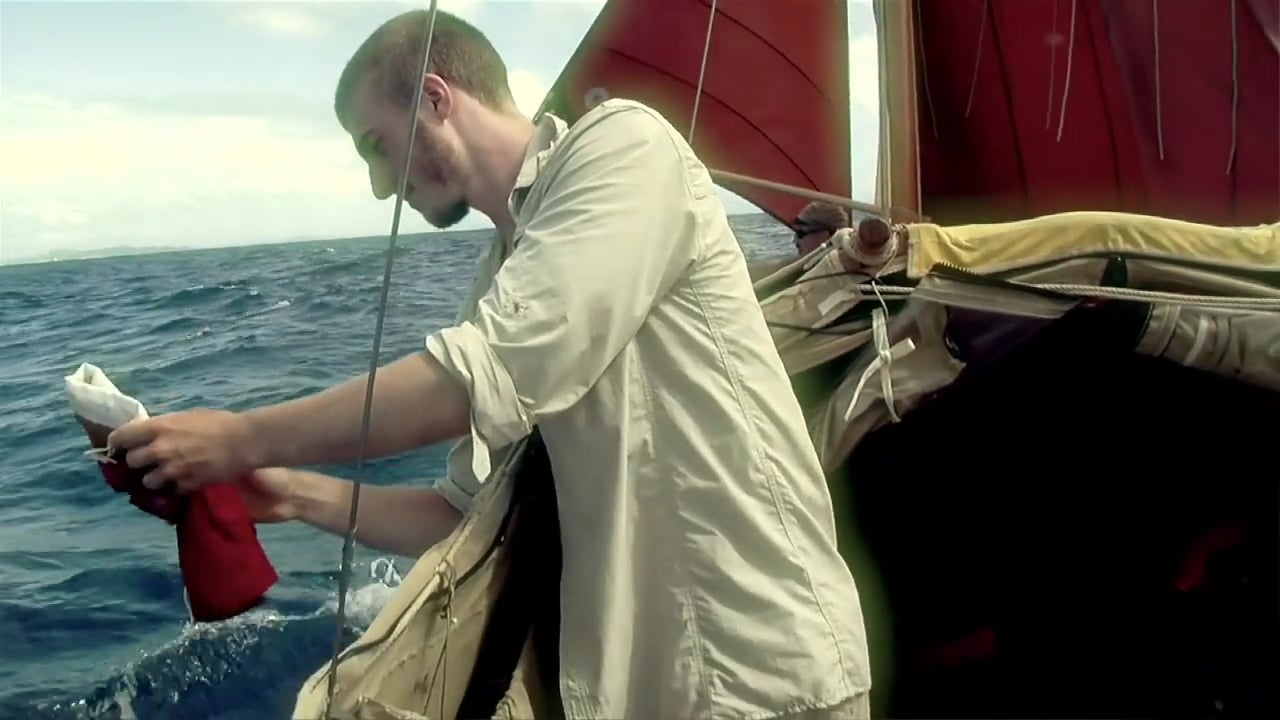 For over 20 years, Don had dreamt of recreating William Bligh’s epic voyage of survival, with 18 of his crew, once cast adrift during the Mutiny on the “HMS Bounty” in 1789. Bligh sailed that open long boat ,nearly 4000 miles, over 48 days from Tofua, in the Kingdom of Tonga, all the way to Kupang in West Timor. It is considered one of the greatest open boat journeys in maritime history. While Building “ICE” his new 15.2mtr expedition vessel in China, Don decided it was now or never. Three years of planning and preparation saw him ready to set sail on April 28th 2010, with a crew of three. The “Talisker Bounty Boat” was a 7.3meter open whale boat, loaded to just 40cm of freeboard. It would be an attempt not to be historically correct, but simply to try getting close to Bligh and his men. They too would live with only the things Bligh had in his boat, no toilet paper, no charts, a tiny amount of food and only two weeks of water. Many people thought they would not survive! Don and his crew faced certain death on one occasion and were capsized four times filling the boat with water. They did survive, arriving in Kupang just three hours after Bligh. Don lost 18kg through starvation rations on the voyage and suffered kidney stones that he said at the time made him more scared than he has ever been in his life! It was during the one month of final preparations in Tonga for this voyage, that Don heard “roomers” about the many wrecks supposedly in Tonga!