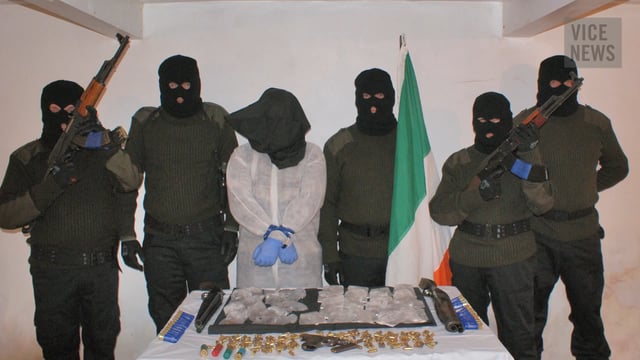 In February 2014, letter bombs were sent to nine British Military recruitment offices over the course of three days. Londonderry postmarks, a coded message sent to a Northern Irish newspaper, and security forces at Downing Street all pointed to the New IRA as the main suspects.
In “Free Derry: The IRA Drug War”, VICE unmask the farcical veneer of the UK’s ‘City of Culture’ 2013.