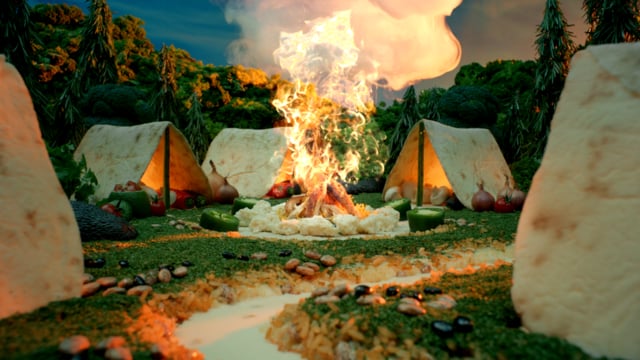 This project was for a commercial for Moe’s Southwest Grills restaurants in the US. This one was for the brand new Sriracha Nacho Stack. Directed by acclaimed Carl Warner at Frooty Films and shot by Simon Paul at Cross Street Studios. Jamie specifically worked on the CG for the drop of hot sauce as it fell onto the campfire causing an explosion.