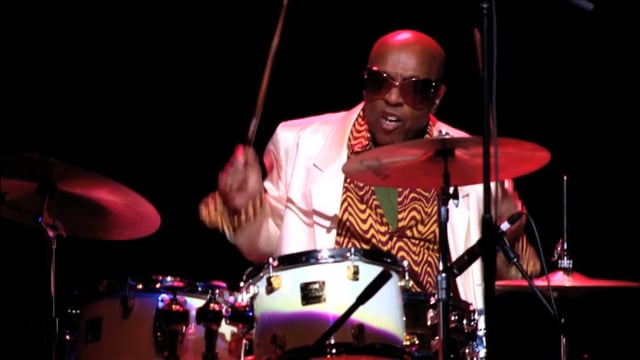 A clip from ‘Sonny Rollins: Beyond The Notes’, which Gideon Gold edited for BBC Arena.

Sonny Rollins is the only remaining jazz legend who played with Charlie Parker, Thelonious Monk, Miles Davis and John Coltrane in the Golden Age of Jazz. Nominated for a Grierson Award in the UK, Beyond the Notes celebrates this master who still plays to sold-out concerts worldwide. Rollins has received a myriad of awards for excellence around the world, culminating in the Kennedy Centre Performing Arts Award he received from President Obama in 2011. Built around Rollins‘ self-produced 80th birthday concert, this film documents the Saxophone Colossus’ career in terms of the artistic quest for perfection.

Fontaine allows the music to breathe as he guides us through Rollins‘ meditation on the parallel journeys of his music and his life.