James is an enthusiastic freelance editor with experience that spans over television and digital landscapes. His work has ranged from documentaries and reality on the weird and wonderful (a particular favourite of his; My Partner Identifies As A Dog) to fast-paced digital campaigns for major brands like P&G.

Over his 7+ years in the industry, he has stepped in and out of other roles in production, such as Edit Producer and Self Shooting AP, which has given him a balanced eye and a wider awareness of each edit he undertakes. He has honed his storytelling skills and developed a thoughtful, logical and creative way to edit from beginning to end.

Proficient in AVID and Premiere Pro (and most other useful Adobe programmes).

He is a big fan of Bowie, East-Asian cinema and the occasional glass of wine. 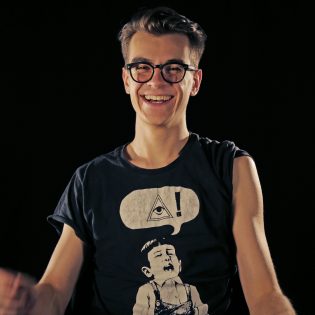